Facts About the Wind

Wind is nothing more than moving air. The wind can blow at different speeds and move in all different directions—sometimes it even blows in more than one direction at the same time! But what makes the air move? 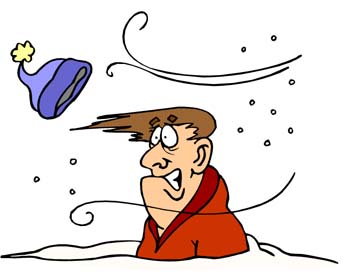 Why we have wind

The reason for this is because of the different land masses on the earth and the distance between the earth’s surface and the sun. The different kinds of masses absorb the sun’s rays differently.

Example: The sand absorbs the sun’s heat easier than the rocks of a mountain does. In places where the sun’s rays are more direct, the earth is always warmer than it is in places that get less sun.

Both the warm and cool air move up into the atmosphere, but because the warm air weighs less, it keeps pushing up through the cold air. This movement is wind. 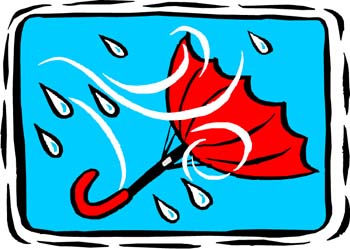 The different types of winds

Weather forecasters have given names to the different types or sources of wind. Here are a few of the most common ones:

Windstorm:strong gusts of wind with no rain in them. Windstorms are straight-line winds. This means there is no spinning or rotation like there is in a tornado or hurricane.

Wind gusts: Are sudden bursts of wind which happen when cool air from a thunderstorm falls quickly and collides with the cool dry air below. When the rain from the thunderstorm hits the cool dry air, some of it evaporates rapidly. This pushes open a ‘door’ for the wind and shoves the wind through—making it move much quicker than it would have otherwise.

Jet stream: A fast-moving ribbon of air between two air masses with very different temperatures. The jet streams always move west to east because of the earth’s constant rotation.

Prevailing winds: The air is almost always moving—at least a little bit. This movement is called a prevailing (on-going) wind. 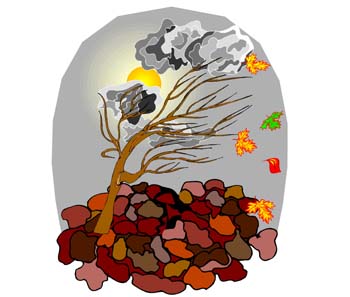 How useful is the wind

The wind is very useful in many ways. The winds dry up soggy, wet areas; taking the water that doesn’t absorb into the ground back up into the atmosphere.

The wind also plays an important role in helping plants reproduce by carrying seeds to different parts of the ground to take root and grow, and by carrying pollen from one plant to another so fruits, vegetables, and flowers can form.

We also use wind to help generate (make) electricity. A windmill’s blades slow the air down as it moves through them. The wind that turns the blades of the windmill are connected to a generator that connects the positive and negative charges so that electricity happens.

Wind is very useful…wouldn’t you say?

The wind is caused by differences in the atmospheric pressure and temperature. As the air is cooled and moves into the lower atmosphere, it becomes cooler. More oxygen is available to trap more heat. This makes the air warmer.

Atmospheric circulation is a significant factor. Extreme winds and big drops in temperature are more common during an El Nino, when a thermometer’s readout would move from one extreme to the other.