The funny thing about wheels is that we are used to seeing them in use all around us but they are a man-made thing.

There aren’t any wheels in nature and the only ones in the animal world that create and use them are human beings.

Before the invention of the wheel people had to pull or push things along the ground. 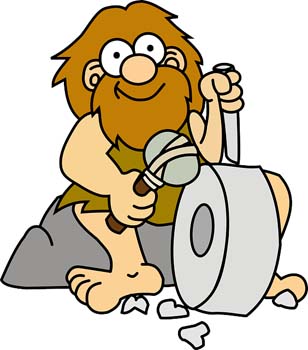 People didn’t actually create and use wheels until around 3500 B.C., which is the early Bronze Age.

Before that, they used inclined planes and levers to move anything around.

Who invented the wheel?

No one really knows who actually invented the wheel.

It is thought the possibly the original wheels were actually round branches from trees and that humans later perfected the concept of the wheel and then the wheel and axle.

The earliest civilization that is known to use the wheel was found as evidence in an area known then as Samaria in 4,000 B.C., but is known as Iraq today.

They had a very sophisticated culture and archeological evidence shows that they were just beginning to relocate and live in cities.

Some of the first wheels

The earliest wheels that are believed to exist were actually pottery wheels.

The original wheels were circular only, with the development of the addition of spokes later.

Wheels make life easier by allowing you to accomplish something for a longer period of time.

When you turn a wheel that has an axle, the axle will also turn.

The larger the wheel the easier it will turn due to the shorter distance of the axle turn.

The advantages of wheels

Wheels bring a mechanical advantage by allowing you to turn something heavy through the use of an axle that is attached to the heavy item.

An example of this might be a pencil sharpener.

The opposite of that idea is how car wheels work. They require a lot of force to turn the axle so that the wheels move very fast. 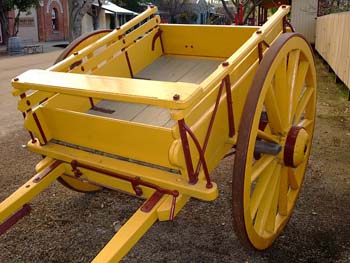 Wheels are used in tiny ways, as in the mechanisms of an intricate watch all the way to larger functions such as wagons and cars.

There are many ways that wheels work with other mechanisms such as pulleys.

The invention of the wheel is thought to be one of the major reasons that civilizations made such great advancements.

In farming, there were many uses such as wheelbarrows and in cloth making, the spinning wheel allowed the conversion of raw materials to yarn and string.

Water wheels have been used throughout history in many countries for both the distribution of water as well as for grinding grain for bread and other foods.

Once the wheel was invented the use of carts became popular but the carts still had to be pulled or pushed.

Humans attached domesticated animals such as horses and oxen to pull the carts along.

The use of the wheel replaced the need for what was called a ‘sledge’.

This was an original method of transport which was basically a flat bed of wood that was hauled or dragged across the ground by domesticated dogs.

While they could carry large loads, it wasn’t an efficient way to move things due to the drag or friction that would slow the process down.