Vatican City is the center for the Roman Catholic religion and the home of the Pope. It is also called the Holy City, as the Pope minsters to over one billion Roman Catholics. While there is a police department that supplies security for the city, the Pope has a personal security of the Swiss Guard that has vowed to protect him with their lives. 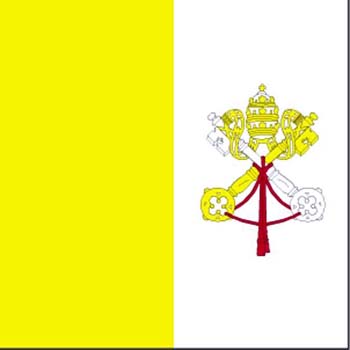 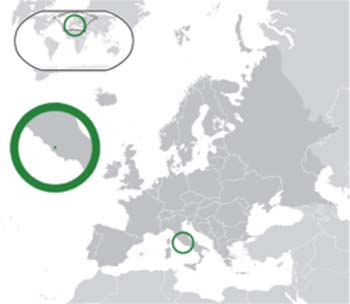 Vatican City was established as a political entity in 1929 with a treaty between the Kingdom of Italy and the Catholic Church. From the city they handle all of the financial, religion and political relations of the Roman Catholic Church.

Most of the original lands were absorbed by the Kingdom of Italy in 1860 including Rome and the Lazio region, but the Vatican itself can be traced back to the 1st century AD.

The Roman Catholic Church achieved its pinnacle of political power in the 9th and 10th centuries. During that time the Pope governed in all of the regions surrounding Rome as well as the Papal States in Central Italy. This had gone on for thousands of years until the unification of Italy.

*By the 14th century, the reigning Popes had residences in many palaces within Rome. Once Italy achieved unification, the Pope and his entourage refused to leave the Vatican until a resolution could be found. The dispute lasted until 1929.

*The Vatican is home to many of the paintings, sculpture and architecture from artisans throughout the ages. As a central location and once one of great financial power, the Pope and the Cardinals wielded the ability to have the finest artists create masterpieces for the church. It embodies the history of both the Roman Catholic religion, Christianity and the history of Italy in a single location.

The Vatican is home to a financial center that takes care of all of the money donated for the many charities, churches, and monastic organizations. At one time in history, the Roman Catholic Church owned many land areas throughout the world, but much has slowly been sold off.

Vatican City has been the source of attacks throughout its history with attempts to kill the Pope. An attack in 1527 on the Pope’s life led most of the members of the Swiss Guard, sworn to his protection, to lose their lives while he escaped.

Vatican City of today has expanded to include observatories and embrace many of the scientists that they would not have accepted in the past.

The more open-minded views of the current and last Popes have opened the doors for many people to visit the Vatican City that might not have in the past. The Vatican City has become one of the most popular places to visit in the world.