Uranus likes to be a little bit different and show off its awesome blue-green haze. This is something pretty cool to see. This is because it has high levels of methane gas and rolls like a barrel rather than spinning like Earth and the other planets in our Solar System. 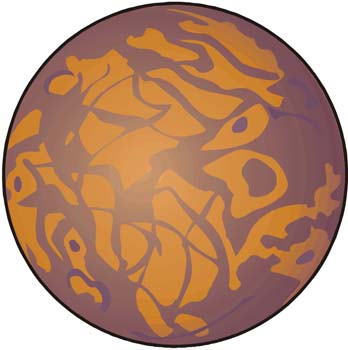 Everything you need to know about Uranus

As we said Uranus spins lying on its side, just like a barrel. How weird is that as no other planets do that. Scientists think that maybe it was because of a big collision when it started forming, but no one knows for sure!

Even though we can’t really see underneath the haze, scientists think that under the hydrogen-methane atmosphere is a hot, slushy ocean of water, ammonia and methane thousands of kilometres deep, which is wrapped around a rocky core. They think this ocean could be as hot as 2,760⁰C. Now that would fry us for sure! 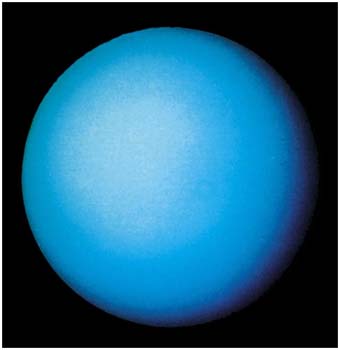 Uranus has 27 moons. But the cool thing is that most of them are names after characters in Shakespeare’s Midsummer Night’s Dream. The five major ones are Titania, Oberon, Miranda, Ariel and Umbriel. Umbriel isn’t from Shakespeare’s play though, but comes from a poem by Alexander Pope.

So you think Uranus has rings? Well surprisingly it actually does even though we can’t see them. In 1977 Uranus moved along its way in front of a star. The astronomers that were watching through giant telescopes saw nine rings around the planet. Wow, who would have known? They are really faint though and are very difficult to spot.

When Uranus was first seen scientists noticed that at some points in Uranus’ orbit it was being pulled further out into space. Wonder where it’s going?

If you had to hurtle off in a rocket to Uranus you’d weigh a bit less on Uranus as there’s less gravity on Earth. If you weighed 32kg on Earth, you’d weigh 28kg on Uranus. Maybe you could sneak a few more chocolates in, but don’t tell your parents!

Even though we know that Uranus likes to be a bit different it is actually very similar to Neptune!

So there is Uranus in all its glory and you should be all clued up for that next test or assignment!