The United Kingdom is considered part of Europe, although it is separated from the European continent by both the English Channel and the North Sea. It is informally called ‘Britain’ and includes England, Scotland, Wales and Northern Ireland. 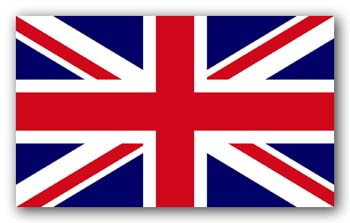 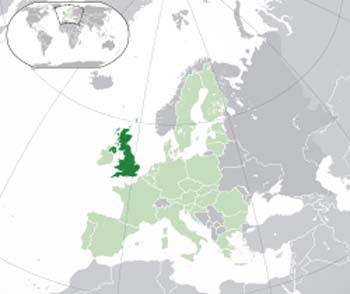 It is believed that the first people arrived in the United Kingdom during the first Ice Age (35,000-10,000 years ago). That is when the sea levels were lower and the European mainland and Britain were connected. It was these groups of people that built the ancient monuments such as Stonehenge.

Celtic tribes migrated from Central Europe and France from around 1,500 to 500 BCE and mixed with the inhabitants of the area. They created a new culture that was different from the Celts and developed increasing civilizations known as the Bronze Age.

Many of the present day cities and towns were actually founded when the Roman Empire began invading Britain. Soldiers of Rome were often posted in the area for many years and some left to live in the towns. The presence of the Romans allowed enhanced trade.

As the Roman Empire declined they abandoned their territories and it was then that the Celtic tribes began to war with one another. When one tribe enlisted the help of the Germanic tribes of Germany and Denmark this opened the door for Angles, Jutes and Saxons to arrive in the 5th and 6th centuries. Even when the infighting ceased, the Germanic tribes took the opportunity to attempt to seize the country. This pushed the Celtic tribes out of the country and into Cornwall and Wales, allowing the Germanics to found individual kingdoms. The seven kingdoms ruled over the United Kingdom from 500-850 AD and is known as the Anglo-Saxon period.

The 9th and 10th centuries brought both the Scandinavian Norse, the Swedes, and the Danes as invaders into the United Kingdom. The Danes that had come from the North, were called ‘North Men’, which changed to the term ‘Norsemen’. The Normans were the Danes that had settled in France and adopted the French language and feudal system.

By the 11th century the Norman King invaded England with 12,000 soldiers and, although the rulers had their main possessions in France, they extended their power to the United Kingdom. At one time, French was the official language of England. The Hundred Years War brought about a change and English remained the language of the people along with a blend of other languages, Anglo-Saxon and Norse, with French and Latin mainly used by the clergy.

The 12th and 13th centuries were under the rule of the English royals and the established a well-grounded ruling line for the monarchy as well as a feudal system giving lords large tracts of lands. There were many battles and conflicts with the French as well as the people of Scotland.

The 14th and 15th centuries brought both prosperity to the kingdom as well as tragedy by the bubonic plague (the Black Death) which killed one third of the population of England as well as Europe as a whole. Continued wars and battles occurred, most specifically with France, but there were internal civil wars that consistently caused problems.

The rule of King Henry VIII is probably one of the most well-known as one of England’s powerful kinds. He changed the religion from Roman Catholic to Anglican Protestant and made himself the head of the Church of England. He changed wives not through divorce, but by creating false charges and having them beheaded. When he dissolved the Roman Catholic monasteries he took the riches for himself. He was also the last king to make claims to the title of King of France. During his reign England began exploring and trading outside of Europe and expanded their territories.

The reign of Henry VIII’s daughter, Elizabeth 1st, created a golden age for England. They continued their navigation of the globe, taking territories and countries and bringing the wealth back to the queen. Although there were wars with France, Scotland, Spain and Ireland, the eventual ruler that succeeded Elizabeth was the son of her half-sister that created the United Kingdom.

The 17th century brought about many conflicts between the Catholics and the Protestants. The continued prosperity allowed for many of the arts, sciences and expansive architecture to be created. The sailing ships that were sent around the world made acquisitions of Tangiers and Bombay, extending the British Empire. Many of the monarchs that came and went brought both positive and negative results to the United Kingdom, but the well-established parliament of England ensured that the country continued to operate.

It was in the 18th century that the United Kingdom began to experience the tattering of some of their territories. This was combined with a monarchy that had rulers that were on the throne due to blood relation only, and potentially because they were not trained to be leaders, but were just next in line. The American War of Independence allowed the colonies to form, while the British were in constant battle with the French for territories. The French Revolution made all royalty stop in their tracks as the people beheaded both the French King and Queen. By the 19th century Napoleon Bonaparte made himself emperor of France and began to try to take over many of the lands around him and this situation alone allowed the United Kingdom to maintain its position as a dominating country in the world, now expanded to all five continents.

The throne of England passed to Queen Victoria who became one of the country’s strongest leaders. She supported the assertion of dominance as they participated in a number of wars throughout Europe. It was at this time that she ruled over 40% of the world and one quarter of its population. The term was created ‘The sun never sets on the British Empire’.

The 20th century brought both World War I and World War II to the steps of the United Kingdom. Post World War I era also brought about change for women’s suffrage and changes in much of the European landscape. World War II brought devastation to England as Nazi Germany bombed many of their cities. England, along with the Allies fought and eventually won the war, but a great toll was taken for England.

Post war eras allowed the United Kingdom to progress and become the center of music, the arts, and the sciences as major influences around the world.