The Ukraine has a wealth of natural minerals as well as rich areas for farmland. Throughout its history it has been the center for battles by many cultures to take over the area. Access to the Black Sea made it a key territory for Russia. It is bordered by the countries of Russia, Belarus, Moldova and Romania. To the south it has the Crimean Mountains and the heartland has flat, rich earth that extends for 1,000 miles. 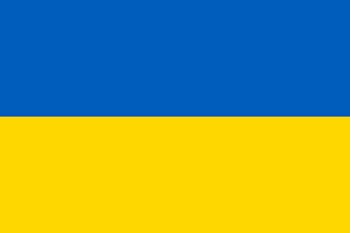 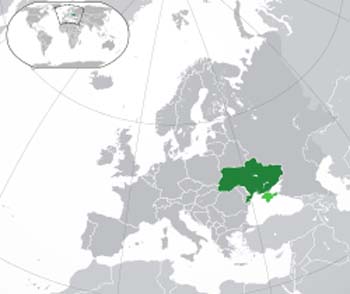 The first known people to live in the area that we call the Ukraine were nomadic peoples that arrived in the first millennium B.C.: Scythians, Cimmerians, Goths, and Sarmatians. These were traders and colonists that were well-known to both the Romans and the Greeks.

The feudal lords of the area had many internal conflicts in the 12th century, leading to the decline of the economy. By the 13th century, Mongol raiders seized Kiev.

Ukraine was basically an annexation of Lithuania and Poland in the 14th century. But it was during this time that the Ukrainians began to think of themselves as a distinct and separate people. These thoughts survived with the population over the next centuries.

Peasants from the Ukraine that fled the Polish effort to keep them as servants and slaves were known as “Cossacks”. They had a reputation for a fierce spirit and their love of freedom.

By 1667, Ukraine was again separated and this time it was between Russia and Poland. By 1793, Poland was partitioned and Ukraine became a part of the Russian Empire. Due to the vast agricultural area, the Ukraine became known as the ‘breadbasket of Russia’.

The area in the 19th century was basically agricultural with only a few areas of learning and trade. The west was under the control of the Austro-Hungarians while the rest was controlled by the Russian Empire. There were centers for Ukrainian intellectuals and writers that wanted to inspire a renewed attitude for their cultures and traditions. Russia imposed strict rules so that they were not allowed to study and learn their own Ukrainian language.

World War I, combined with the Russian revolution destroyed both the Habsburg and Russian Empires. It was during this time that the Ukrainians declared their independence and by 1918, they established the Ukrainian National Republic, electing a president. In 1919 they formally united Western Ukraine with the new Republic, however, it did not last long as they lost the war with the Polish expansionists. Soon after, the army of the Republic was forced out by the Red Army of the now communist Soviet Union and the country was absorbed as part of the USSR.

Stalin was the leader in the Soviet Union and he imposed totalitarian terror upon the country of Ukraine. Social, political, economic and cultural fabrics of the past were destroyed and there were many executives and mass purges and exiles. Those that opposed Stalin were sent to the labor camps in the extreme and cold part of Russia’s Siberian territory and were known as ‘Gulags’.

World War II brought damage to the city of Kiev as the Soviet troops fought against the German Nazis as they invaded. Concentration camps for POW’s and civilians were built near Kiev. Over 200,000 people were killed with over 10,000 people deported to Germany for forced labor. Although the area was ‘liberated’ by Soviet troops in 1943, this meant that they were once again under Stalin’s terror.

The executions and exiles continued through the Stalin regime as well as Khrushchev, who was the next Russian leader. The demolished culture was referred to as “Russification” and didn’t allow the Ukrainians the ability for their language, any government, education or legal representation. The idea was that there would be better unification if everyone was under one language and culture.

As the Soviet Union crumbled, so did their power over many of their territories. The Chernobyl Nuclear Power Plant incident of 1986 caused the death as well as health related problems for thousands of Ukrainians and inflicted economic and social damage. The suffering of the Ukrainian people under communist Soviet Union had taken its toll and freedom was once again a main theme for those in the Ukraine.

1990 was the year that the people proclaimed the sovereignty of Ukraine. By December 1st 93% of the Ukrainians voted for independence and they selected their first president. The 1990’s brought about continued voting accusations and problems. However, they finally achieved total freedom from the three hundred year dominance of the Soviet Union.

Current problems in the Ukraine have risen up with a faction that is located close to Russia insisting that they want to return to Russian rule. This prompted Russia to send military reinforcements to the area to encourage this faction, which has resulted in a civil war between two areas of the Ukraine.