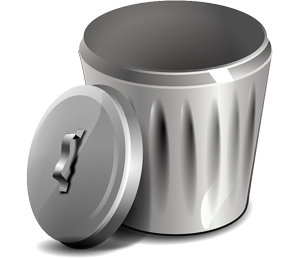 We all know littering is wrong. In fact, it is against the law in most places to litter. But do you know why it is wrong to litter?

When we litter, we pollute the air, the water and the land. This means we make it dirty and contaminated. You might even say we give the earth a disease or make it sick.

Sometimes, though, we pollute the earth without really meaning to. This happens when we put things in the trash that don’t rot. When things rot they become part of the dirt. Those things that don’t rot stay in the ground. They stay and stay and stay—sometimes for more than a hundred years or more!

You know it is unsafe to put things like oil and paint in the ground. But there are some things you throw away that pollute the earth without you even knowing it.

HERE IS WHAT YOU DO

The purpose of this experiment is to show you that things made from natural materials rot and go back to the earth. Things that are man-made do not.

You can see this is true because the banana peel rotted within just a few days. The cup and lid did not rot or change very much at all. The cup might break into pieces because of the water and the weight of the dirt. The lid might have rust because of the water, but they will never rot.

WHAT YOU LEARNED BY DOING THIS EXPERIMENT