You have most likely seen a train. It may have been passing through your town, or you might have even been lucky enough to ride on one. Trains are a cool way to travel. Read on to discover all about trains. We will be exploring some of the history of this vehicle, the Golden Age of Steam and much more. Are you ready to jump on board and discover the train? Let’s go! 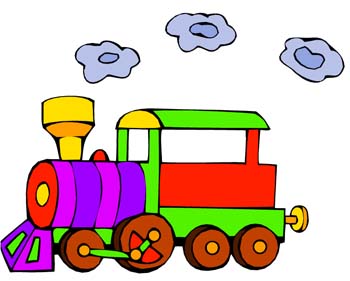 The History of the Transcontinental Railroad

The earliest trains were just a series of carts joined together. These ran along wooden tracks and were usually pulled by horses, mules and even people.

Around 1775, steam was being experimented with as a power source. By the early 1800’s the steam engine was invented and incorporated into the train. This made hauling cargo easier and a lot faster. Great Britain began to lay down railroad tracks and the craze was on. People and products were being carried off to new and exciting locations.

By the time the 1860’s rolled around, the idea of the train had chugged its way into the United States. Here trains were being used to haul grain from the farmers to the factories. Business boomed for the railroad owners. Soon these wealthy people wanted to take the train all the way to the Pacific coast.

Two companies earned the privilege to take on this mighty task; Union Pacific and Central Pacific rail. These two companies began laying track from Omaha and Nebraska (running west) and from Northern California (running east) . The plan was to meet in the middle. 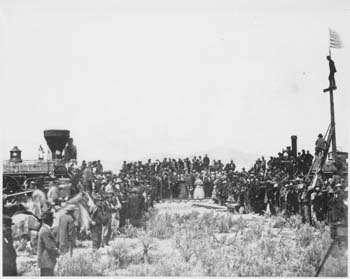 The laying of hundreds of miles of iron track took thousands of migrant workers. They worked in all weather conditions, over the rugged terrain and blasting their way through large mountains. It took over six years and many lives to complete the first transcontinental railroad.

A huge celebration was planned for the meeting of the two rails. However, both men who were the head of each rail almost didn’t make it. Angry workers from the Union Pacific chained Thomas Durant’s train to the tracks and demanded the money owed to them for three months work. Leland Stanford (head of the Central Pacific) had his train derailed when the workers failed to see his locomotive barrelling toward the log they had left on the track.

Despite the problems, on May 10th, 1869, the final spike (the Golden Spike) was pounded in and the two tracks were official connected.

The Golden Age of Steam

With the perfection of the steam engine, trains were making their way throughout the world. People flocked to this new way to travel as it was quicker and far less expensive. Some of the most famous trains increased the way tourists began to see the world. Check it out.

Ponder This:Which two of these trains are still in operation today? Find the answer in, More Freaky Facts. 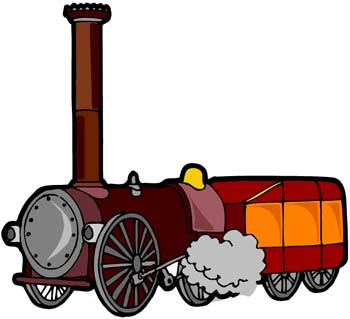 Today our trains are no longer powered by steam. They have been replaced by a faster and more effective way to driver the engine; diesel fuel and electricity. Check it out.

Ponder This:What depths can a submarine dive to?

Ponder This: How many “wagons” did the longest freight train have?

Ponder This: How fast can the modern TGV trains travel?

We haven’t chugged past all the fun just yet. Here are the answers to your ponder this questions. Check it out.

Now that you have learned all these fascinating facts, go and impress your friends and family with your new-found knowledge. Who knows? You might just help “train” them with all your locomotive-lessons.