Titanium is a chemical element with the symbol Ti. Titanium is from the group of transition metal. In the periodic table, titanium is the first element in the fourth column. Titanium metal has an atomic number twenty two. It has 22 protons and 22 electrons. 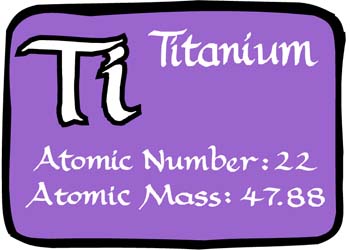 Titanium was discovered by British pastor William Gregor in 1791 and was later named by a German chemist Martin Heinrich Klaproth. The name titanium was taken from the Titans who were Greek gods. Titanium was isolated to 99.9% purity during 1910 by New Zealander Matthew A. Hunter. The method by which it was done was known as Hunter process.

Pure titanium is a silvery white metal. It is hard and light in weight under standard conditions. It can be brittle at room temperature but becomes malleable as the temperature increases. Titanium metal is good at resisting corrosion from other elements and substances like oxygen and acids including chlorine and sea water. It has the highest strength-to-weight ratio among metals that means it is very light in weight yet very strong. Titanium is as strong as steel but weighs 45% lighter and twice strong as aluminium but 60% denser than aluminium. Titanium has the ability to easily bond with other elements. Titanium has a boiling point of 5,949 °F (3,287 °C) and a melting point of 3,034 °F (1,668 °C). Titanium is non-magnetic and a very poor conductor of heat and electricity. Titanium is almost present in every living thing. However; it remains non-toxic and does not have any proper function in human body. It only pass through without being absorbed.

Where is titanium found?

It is hard to find titanium as a pure element. However; titanium is found in parts of minerals as compounds in Earth’s crust. Titanium ranks the seventh most abundant metal and the ninth most abundant element in the Earth’s crust. Rutile and ilmenite are the minerals that considered the best source of titanium. Canada, Australia and South Africa are the top producing countries of these ores. Titanium dioxide is the most common compound of titanium. Titanium is present in the sun, stars and meteorites.

Titanium mostly is used in the form of titanium dioxide (TiO2). Titanium dioxide is a bright whitish powder that has a number of industrial usage. It is used in the making of plastics, paint, paper, toothpaste, sports equipment, sunscreen and cement etc. Titanium is alloyed with elements such as iron, nickel, vanadium, aluminium and manganese to produce lightweight yet strong alloys. These alloys are useful in the making of missiles, aircraft, armour plating, naval ships etc. Due to the quality of its resistance to corrosion makes it useful in sea water applications. Titanium metal is also used in the production of motorcycles and racing cars because of its strength and low weight. The characteristics of strength to weight makes titanium valuable in the production of products like football helmet grills, laptops, tennis rackets, firearms, bicycles frames and cooking utensils. 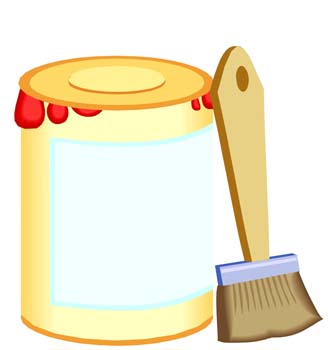 It’s often used as a refractory metal due to its high melting point that is higher than 3000 degrees F. In Bilbao, Spain a famous Guggenheim Museum has its panels covered with titanium.