Tigers are the biggest of the cat family and have been revered for their majestic beauty for thousands of years. As mankind has encroached on their habitat and killed them for their fur, the tiger has quickly become one of the endangered species of the world. 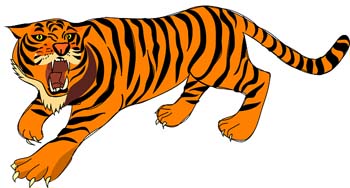 A majority of the tiger populations live in Asia: China, Korea, Southeast Asia and even Russia. They prefer living in grasslands, rain forests and swamp areas where they will reside in the tall clumps of grass, bushes and even trees. 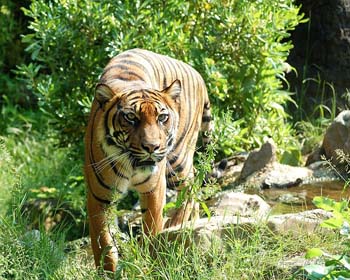 A tiger is one of the most feared of all of the predators and it can kill animals that are twice its own size. 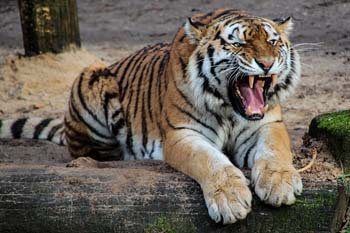 Female tigers can give birth to 2-6 cubs and they raise them almost completely alone. Cubs are dependent upon their mothers until they are around eighteen months old and will stay with their mother for 2-3 years.

Tigers can purr, but they differ from domestic cats in that they can only purr as they breathe out.

In some cultures, a tiger whisker is the sign of good luck. A tiger’s whisker looks and feels like a kind of light weight fishing line.

Tigers are excellent swimmers and will often swim and soak in water during hot months to cool off.