You probably know by now that thunder is the sound made by lightning. When the positive and negative charges in the atmosphere collide, they produce electricity we call lightning. But because light travels faster than sound, we see it before we hear it.

Thunder can also be described as a sonic sound wave because the air around the lightning expands so fast it creates a sonic ‘boom’. 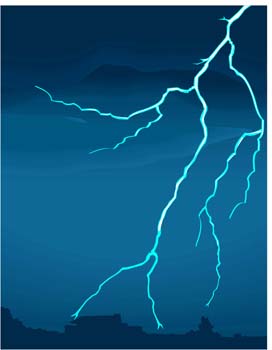 When does it thunder

Anytime there is lightning there is also thunder. You cannot have one or the other…EVER.

To help you understand how and why you can see lightning without always hearing the thunder, stand outside in front of your house—in front of a window. Ask your parent or sibling to stand INSIDE the room which has the window you are looking at. Tell them that when you raise your hand you want them to turn the light on in that room and immediately clap their hands after they do so.

You can see the light (lightning), but because the clapping (thunder) is too far away from you, you cannot hear it. See how that works? 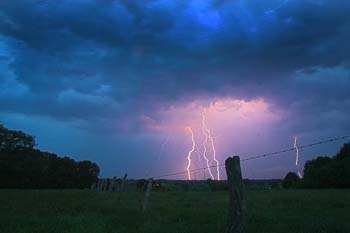