Switzerland has had a history of stability as well as neutrality, which has allowed it to be one of the nations that has maintained a high standard of living and excellence in income for the people. It has opened its doors to foreign workers and embraces multiple languages and cultures. Switzerland’s commitment to peaceful efforts has led it to be a country that has influenced decisions as a member of the United Nations. 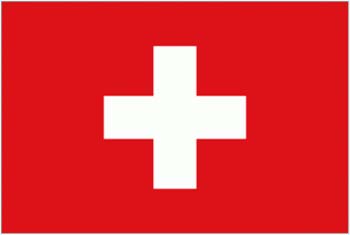 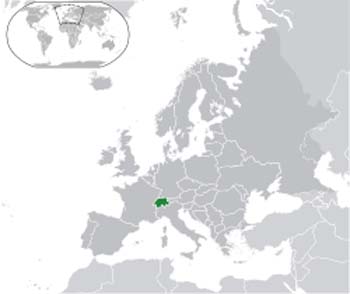 The area known as Switzerland was habituated in 500 BC by the Helveti, a Celtic people that traveled from the west. It came under Roman rule around 58 BC and, as a Romanized area, profited by the building of Roman roads and towns. The Romans withdrew around 400 AD and by the 5th century AD the people of the area were divided into three groups: Lombards, Burgundians, and Alemans.

Commerce and trade experienced a success in the 12th and 13th centuries, allowing new towns to be founded. 1291 brought about a revolt against the Hapsburgs with an alliance with cantons that helped to form modern Switzerland. The Swiss defeated the Hapsburgs and the Swiss Confederation grew stronger and larger. The continued growth of the cantons allowed a total of thirteen members.

In fear of attack from other European countries, the Pope created the Swiss Guard in 1506 to be his personal body guards. This group pledged their allegiance to the Pope and has continued to be the single protector of each succeeding Pope, through today.

The 16th century brought reformation to many parts of Europe, including Switzerland. Poor areas of the country remained Roman Catholic but the more urban areas embraced Protestantism.

Switzerland remained neutral during the Thirty Years War that involved many of the European nations (1618-1648). Austria recognized the Swiss independence in 1848. Switzerland continued with a positive economic growth and welcomed many that escaped religious persecution. Watch and clock making flourished as well as the textile industry.

Napoleon Bonaparte invaded Switzerland in 1798 and replaced the 13 cantons with the Helvetic Republic. By 1803, the cantons were restored, although controlled by France until 1815.

The 19th century brought about a problem of opinions between the conservative Catholics and the liberals. A short civil war occurred, ending with the defeat of the Catholic cantons. Switzerland continued rapid economic growth in the late 19th century. It became known for the popular and well-made chocolate as well as its precision in engineering.

Switzerland remained neutral during World War I, even though many of the German speaking Swiss supported Germany, while those that spoke French supported the Allies. By the 1920’s Switzerland joined the League of Nations and they continued to prosper. They, like most countries did suffer from the depression, but recovered.

The Swiss also remained neutral during World War II, however, Swiss banks accepted gold from the German Nazi’s which assisted in fueling the war for the Germans. While the gold was looted from many countries, much of the gold itself was also from the gold teeth, pried from the mouths of Jews that were sent to be executed. The gold remained in Swiss banks until the scandal of 1998.

The years after the war benefited the economy of Switzerland, but it needs to be noted that it wasn’t until 1971 that the Swiss allowed women to vote. Progress was rapidly made because by 1993, the first woman president was elected, Ruth Dreifuss.

Switzerland joined the European Union and its commitment to world peace is a standard that other countries pay attention to.