Sweden has maintained an attitude of neutrality throughout the years and this has kept them out of the involvement of war for almost two centuries. The country has high tax rates, but the benefits for their people include advanced social programs from paid paternal leave to health, child care and full educational opportunities. They are credited for the ability to blend both capitalism and socialism and the cooperation between labor unions and their government. The high standards and quality of life have given Sweden one of the highest life expectancies in Europe. 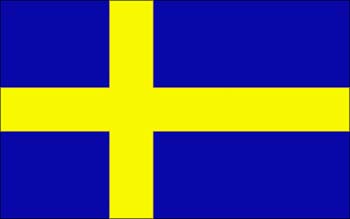 The first Swedes were Stone Age peoples that arrived around 8,000 B.C. when the ice age ended. Most carved out an existence as fishermen and hunters. Farming was introduced around 4,000 B.C. and they used stone tools as well as weapons. During the Bronze Age the craftsman developed highly skilled abilities for bronze tools and weaponry. This was also the time of the introduction of horses, chariots and an increased development of boats for trade. The Iron Age brought contact with Roman merchants and the Swedes then had access to luxuries from the Mediterranean.

The 9th century was the introduction of the Danes and Norwegians as invaders into Western Europe. The Swedes had no interest in the warring factors but remained focused on trade. The enhanced sailing abilities allowed them to cross the Baltic, travel through the rivers in Russia and enter the Byzantine Empire. Life in Sweden at this time was divided into three types of classes: the thralls or slaves, who had horrible lives; the freeman whose wealth depended upon the amount of owned land and slaves; the earls or jarls, who had most of the wealth. 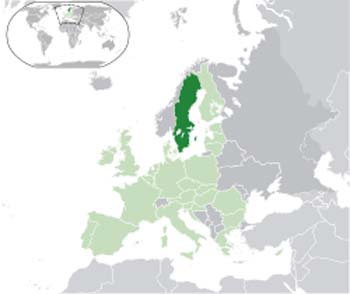 From the 9th through the 11th century, the power of the Swedish kings became slowly weaker. It was in the 11th century that most of Sweden was converted to the Christian religion and became part of the Western world civilizations.

By the 13th century, Sweden had adopted a majority of their industry into agriculture. Many of the Viking farmers planned two fields as a part of crop rotation and then changed to a three field concept. The commerce and trade in Sweden was also advanced during this time allowing the expansion of new towns, including Stockholm. Various changes to the political and social areas occurred during this time including giving upper class people an exemption from paying taxes in exchange for military service as well as laws that improved the rights for women.

The plague, called ‘the Black Death’ struck Sweden in the same way that it devastated much of Europe. By 1349 it had killed about one third of the population. This allowed an open door for the 1388 rebellion of the Swedish nobles, dividing the kingdom into three areas of Denmark, Norway and Sweden and then later becoming one under the name of the Union of Kamar. Inner problems, combined with poor royal decisions once again changed the ruling monarch dynasty and then started a war with Denmark that lasted until 1513.

The 16th century was a time of power struggles involving both political and religious reasons. It included attempted overthrows that resulted in executions and then eventually the formation of Sweden as an independence country. Reformation away from the Roman Catholic Church gradually changed Sweden to Protestantism. Wars and conflicts along with the attempt to overtake other countries did not fare well for the country during this time.

By the 17th century, Sweden and Denmark were embroiled in additional wars. They also added wars with Poland and Russia and even through it strained the country, they ended up gaining part of Latvia and Riga. Sweden elevated its status to become one of the dominant powers in Northern Europe.

1700 was a landmark year for Sweden as they were attacked by Russia, Poland and Denmark. The battle was known as the “Great Northern War” and the Swedes crushes the opposition. They made a mistake when they decided to invade Russia, as the army was captured. By 1710 the Russians took over what is now Estonia, Latvia and Finland. The peace agreement made with Denmark forced Sweden to give up some of their Baltic provinces and the age of greatness for Sweden was then over. Sweden itself continued to prosper as, by now, many of the peasants were landowners and Sweden increased its exports in the tar and iron areas. This was also a time when the country’s population grew and they expanded in the arts and sciences.

Sweden continued to be involved in a series of wars and changeovers in the monarchy through the 19th century. The growth in agriculture was the main reason for the success of Sweden during this time. Many Swedes immigrated to the United States of America during the 19th century. This may have been caused by the deregulation of the trades that were now controlled by organizations that were called ‘guilds’. Constitutional reform also took place with the establishment of a parliament with two houses. Industrial revolution changed Sweden and there was a flourishing of engineering in the country.

Sweden remained neutral during both World War I and World War II, however the internal political powers made many changes. Reforms in the next number of years included the addition of a strong welfare state, child allowances, health insurance, a generous pension for old age.

By the late twentieth century Sweden experienced the ups and downs of the growing world economy but ended with the country that had the highest standard of living. Sweden joined the European Union.