Sulphur (also spelled sulphur) is a bright yellow chunky substance that may be the cause of all that stench. It can be both toxic and non-toxic, depending on its state. Plus, a form of Sulphur can be found in one particularly smelly beast. Let’s explore the world of Sulphur to see what other stinky facts we can uncover. 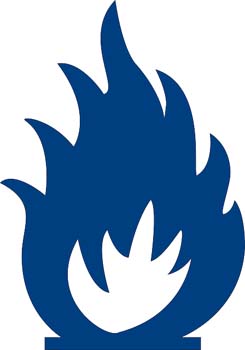 Sulfur has been around for millions of years, it is even mentioned in the Bible and the Torah. In the 6th century, Chinese people knew about sulfur and by the 3rd century they had figured out how to get it from pyrite. They went on to use this substance in medicine and even gunpowder.

However, it wasn’t until 1777, that one brilliant man (Antoine Lavoisier) pondered the idea of Sulfur being an element, not a compound. He went on to prove his theory and Sulfur took its place on the Periodic table.

Is That a Rotten Egg? The Stench Behind It All…

Surprising, Sulfur in its purest form does not have any smell; however, when this element mixes with others, it can cause a real stink. 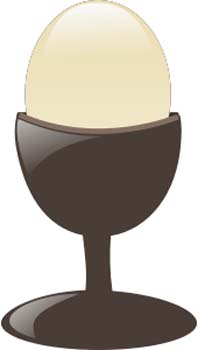 If you have ever smelled a rotten egg, then you have experienced Sulfur at work. This element mixes with hydrogen to get hydrogen sulfide. It is also used in stink bombs.

Skunks are another culprit that carries around a Sulfur compound called, mercaptans. When this animal becomes scared or angry it will raise its tail and spray its victim. Once this noxious smell is released it is very difficult to remove. It even ligures in the air!

Where on Earth is Sulfur Found?

Sulfur is responsible for making up about 3 percent of the Earth’s mass. It is mostly found in Earth’s core; 100 times more prevalent then in its crust. This element is also found in caves. Snottites (like slimy stalactites) absorb bacteria, which in turn “digests” hydrogen sulfide. These stinky, drippy snottites ooze sulfuric acid, which can actually burn holes in clothing and even rocks. In fact, the snottites are partly responsible for the formation of new cave systems.
Sulfur in its pure state can be found near volcanoes and hot springs and pools. It can also be found hidden in sulfide minerals (cinnabar, pyrite, stibnite, sphalerite and galena) and in sulfate minerals (barite, alunite and gypsum).

Believe it or not, Sulfur is even found in the human body and in all living things.

What is Sulfur Used for?

You may be amazed at all the uses of Sulfur. Check it out;

The Not-So-Nice Side of Sulfur

Unfortunately, there is a not-so-nice side of Sulfur. When coal and oil is burned it produces sulfur dioxide. This is bad for our environment and is largely responsible for acid rain. 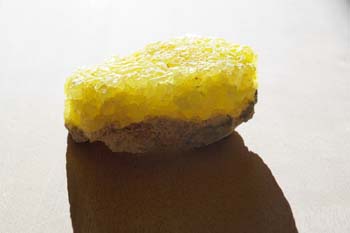 “Excuse me…” When people have gas (that may be a bit on the smelly side) it is because the bacteria in our intestinal systems release sulfur compounds as waste.

The Fun Facts About Silicon ~ Did You Know…

Now that you have learned all about Sulfur and how important it is, go out and impress your friends and family with these fun facts. Just warn them that what you are about to tell them really stinks.