Stonehenge, found in Wiltshire, England, is a prehistoric wonder of huge stones set in a ring formation.

This mysterious stone formation remains a big tourist attraction and in 1986, it was added to UNESCO’s World Heritage site list. 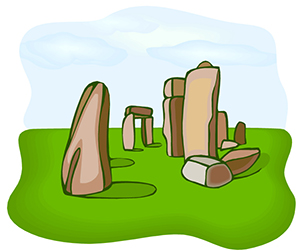 When Was Stonehenge Built?

It is believed that Stonehenge was built between 3000 BC to 2000 BC; this would make it about 5000 years old! The myths around Stonehenge range from scientific to religious and we have to wonder if we will ever discover the true meaning behind the ring of stones.

How Many Stones In Stonehenge

There are 93 stones remaining at the Stonehenge site. If a stone has been broken or fragmented it is counted as two stones. It’s difficult to estimate how many stones Stonehenge originally had but it could have been up to 165.

What Was Stonehenge Used For?

It’s hard to say exactly why Stonehenge was built many people believe it was a gathering place for religious ceremonies others believe that it was used to watch the movement of the moon and the sun. Some experts believe it was also used for funerals bodies were carried along the River Avon and then brought up to Stonehenge on a grand procession for the ceremony.

Was Stonehenge Moved In 1958

The Ministry of Works in the United Kingdom carried out extensive renovations between 1958 and 1964. It is not been documented Stonehenge was actually ever moved.

Can Stonehenge Be Seen From Space

You can’t actually see Stonehenge from space with the naked eye. But, satellite imagery photographs can clearly show the heritage site.

How Heavy Are Stonehenge Stones

The biggest stones at Stonehenge weigh about 25 ton (22.6 metric tons) they are known as Sarsens stones and are up to 30 feet tall. Some of the smaller stones bluestones weigh up to 4 tones.

Which Is Older Stonehenge Or The Pyramids

Stonehenge is probably older the Pyramids were built about 2600 BC. However, Stonehenge is believed to have been built around 3000 BC. 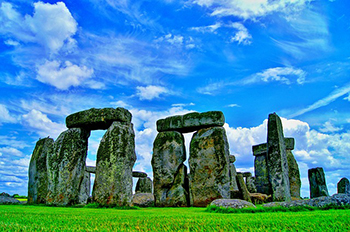 Question: What are the two different types of stone used at Stonehenge?
Answer: Sarsens and Bluestones

Question: What makes up a trilithon?
Answer: The stone that lies horizontally across two standing stones

Question: What is one of the reasons researchers believe Stonehenge existed?
Answer: May have been used as a calendar

Question: How many similar stone rings are there in the United Kingdom?
Answer: Over 1,000

Question: How do scientists believe they transported the stones used for the construction of Stonehenge?
Answer: Wooden boats or even primitive sleds