Slovenia is in central Europe and is an Alpine-mountain state. Once part of Yugoslavia, it was one of the most prosperous and successful areas of the former republic due to their high standard of living. The country, like many in the area, have struggled, been fought over, taken over and suffered under communist rule for many years. Today, the independent country enjoys a successful economy, much of which is based on tourism. 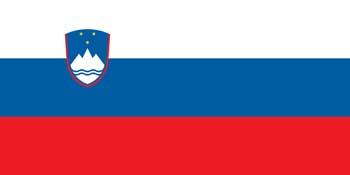 The earliest people that settled in the area we call Slovenia were stone-aged farmers around 3,500 B.C. The following Bronze Age allowed the Celts to show up and they formed an initial state called Noricum.

The advance of the Roman Empire conquered the people that lived in the area. They prospered and developed towns and villages, but when Rome collapsed it made the area open for Slavs to enter. The 8th century brought the domination of the central European Franks and by the 9th century, Slovenia became part of the Holy Roman Empire, which was centered in Germany for their area.

The 10th through the 13th centuries, the people converted to Christianity but remained under the domination of Germany. By the 14th century the powerful Hapsburg Dynasty took over many of the areas, including Slovenia. The Hapsburg Dynasty extended throughout many areas of Europe and brought about a time a prosper including the construction of castles and fortified towns.

Rebellions against the various overlords continued in Slovenia through the 15th and 16th centuries as peasants wanted more control over their own lives. Although the rebellions failed, there was an ever-threatening presence of the Turks. This was combined with the spread of Protestantism which was shaking the foundation of the Roman Catholic Church. The Roman Catholic influence was great enough to reduce the incoming power of Protestantism.

The 18th century brought about a time of progress as the industries and people in Slovenia flourished. The allowance of religious freedom opened the doors to a more patient people and there was compulsory primary education. At this time, Slovenia was a segment of the Austro-Hungarian Empire. The peace was interrupted with the war plans by Napoleon but upon his defeat, Slovenia returned as part of the Austro-Hungarian Empire.

Possibly bolstered by the revolutions in France, the 19th century brought a demand by the Slovenians to become an autonomous country. Although refused, this was the beginning of the formation of many political parties as well as the start of immigration..

By the end of World War I there was a disintegration of the Austro-Hungarian Empire. The Serbs, Croats and Slovenes joined together under Serbian King Peter I, to form a new state. The following king renamed the kingdom to the name ‘Yugoslavia’.

World War II brought about devastation to the area as German Nazis bombed and then conquered the state. There were some that fought against the Germans and others that fought for them. After the war in 1945, Slovenia was liberated and allocated under Anglo-American control.

Post war time allowed Communist Yugoslavia to become a reality and this was a dark time in the area’s history. Most of the countries under communist rule experienced devastation and cruelty under the Soviet Union communist rule. While living standards increased, opposition parties arose. In 1989 the protestors demanded democracy and independence and in 1990 the first free elections were held and the idea was so popular, 1991 brought about the declaration of an independent Slovenia.

The transition from a communist Yugoslavia was painful for the newly formed country. But in 2004, Slovenia became a member of NATO and in 2007 joined the European Union.

Slovenia has a vast number of industries including electronics, lead and zinc smelting, ferrous metallurgy and aluminum products and trucks.