Slovakia is in central Europe, landlocked and bordered by the countries of Poland, Hungary, the Czech Republic, Austria and the Ukraine. The split from the industrialized and more affluent country of the Czech Republic allowed Slovakia to expand and include people in their own nation to pursue employment and higher standards of living. 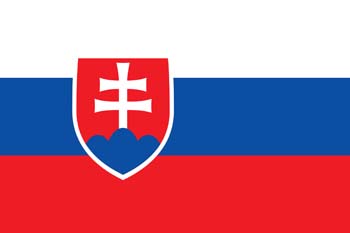 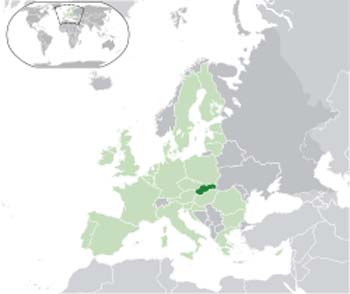 People have lived in the area that we call Slovakia since the late Stone Age and archeologists have found evidence of ‘Neanderthal man’ on sites that date to the middle Paleolithic Period. Some of the finest prehistoric art was found in the area, with dates of 22,800 years old.

The Slovakian territory got involved in advanced trade around 1900-700 BC and became part of the Bronze Age civilization in Europe. Slovakia was particularly popular due to the vast copper ore deposits in the central part of the country and these were in high demand to create implements, weapons and jewelry. This continued through the Iron Age when Celts migrated to the area.

Romans conquered a number of territories and, while they were not independent, the areas did profit from the more sophisticated roads, fortresses and building systems of the Romans. When the Germans made an effort to take over this territory from the Romans, relations broke down between the two areas.

The fall of the Roman Empire brought a shift in Europe’s ethnic groups and by the end of the 5th century there were a number of Slav tribes that began to settle in the mid-Danube area. They not only had farming experience but brought with them their ability to locate, remove and manipulate the metals and iron ore. However, this did not last long, as the nomads known as Avars attacked and, using their military tactics conquered the Slavs. This started conflicts and battles, including the Frankish groups that lasted into the 8th century.

The adoption of the Christian religion was combined with continued battles through the 10th century. The Slovaks remained in the Carpathian basin, developing a domesticated way of life and preserving their culture and language.

The first king of Hungary was crowned in the 11th century and they expanded their lands into Slovakia. While there were many uprisings, Slovakia was finally settled in the 12th century and the country was divided up and given to various Hungarian members assigned by the king. The expansion continued even through the attacks of the Tatars and well-fortified medieval towns as well as castles began to appear and prosper throughout Slovakia.

By the 13th century the king invited foreign settlers and Germans entered to settle in the mostly unpopulated areas. Hungarian nobles began to become more powerful and some ruled their area with the attitude and power of a king, often claiming up to fifty personal castles and their own army.

The 14th century brought more civilized changes to the area including the minting of coins and the extensive mining. These movements changed Slovakia so that it became one of the most urbanized areas of Hungary. A second movement occurred in which the German minorities were advanced to dominant positions in many of the towns. This was a time of expansion including the addition of many monasteries, gothic centers and extensive architecture.

Throughout the 15th century there were many changes in the royal family situation that tipped the scales in a few directions that included a pact with Poland and the expansion into Bohemia for royal rule. Constant battles with the Ottomans and the lack of proper rule from the Hungarians made this a difficult time and by the 16th century there was a rise of the Habsburg dynasty and the integration of the Ottoman Empire in the southern part of Slovakia. The constant conflicts led to the Fifteen Years War which ended with a loose agreement for border designations, but raids continued in the territory of Slovakia.

The 17th century brought both religious and cultural disagreements, conflicts and wars, eventually resulting in placing power in the Habsburg Empire. Even though there was unrest, this was a time of cultural development for the area, with the encouragement of the arts, science, education and humanities.

It was in the 18th century that independence as a nation began to form for Slovakia. The discontent with the Habsburg control and the Slovaks started to groom the base for the confirmation of their own culture and language as an ethnic people. The 19th century brought about suppression of the individual groups that sought independence and it continued into the early 20th century as attempts to subdue and remove any unique identity was put in place.

The outbreak of World War I, followed by World War II realigned both the national attitude and the actual map of Europe as the Slovaks were overrun. For a short time after the last war, there was a small amount of hope for independence, but that was reduced when the Soviet Union took control of the area and placed it under communist rule for forty one years, extending brutality and harsh conditions for the people.

The fall of the communist regime allowed many of the former territories to begin growing in a democratic world. It took until 1992 for the Slovak Republic to be born as an independent, democratic and sovereign state.