Silicon is an interesting element. It can look like a metal, or not. It doesn’t conduct electricity very well, yet it is an important component in high-tech devices. Silicon isn’t found “freely” in nature. And the high use of this substance has given some cities their names. Let’s explore the world of Silicon further to see what other Silicony facts we can discover.

In 1789, a French chemist (Antoine Lavoisier) had a hunch that a new element may lie hidden inside of the substance, quartz. Scientists were intrigued by this notion and did their own research. However, it wasn’t until 1824 when a Swedish chemist (Jons Jakob Berzelius) first isolated and produced a sample of the Silicon element.

Silicon’s name is derived from the latin language; silicius, meaning “flint.” This mineral is known to contain Silicon.

Where is Silicon Found?

Another common compound of Silicon is silica. This is found in sand, flint and quartz. In addition, Silicon is also found in plenty of rocks and minerals like talc, granite, clay, mica, diorite and asbestos. It can even be found in precious stones like amethysts, opals and agates.

What is Silicon Used For?

You may be surprised to learn all the uses of this important element. Check out the things Silicon is used for; 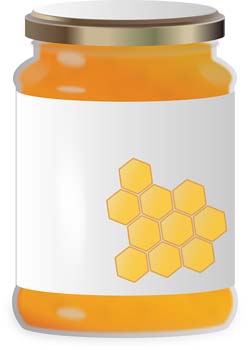 Silicon to the Stars

Silicon is the 8th most abundant element found in the Universe. In fact, when super-large stars (bigger than our Sun) begin to die off they enter a stage where they burn off all their carbon. When this happens, helium nuclei is added to the carbon and the end result is Silicon (plus, neon, oxygen and magnesium). This is the last phase in a star’s life that lasts only about a day before it goes supernova.

The Fun Facts About Silicon ~ Did You Know…

Try This ~ A Fun Experiment With Silicon

It’s always fun to see chemicals at work, so try this easy experiment to see how Silicon can keep sand from getting wet.

First, pour the sand on the cardboard in an even layer (not too thick). Spray the sand with the Silicon Spray. Mix it well and spray again. Now let the sand sit for 12 hours in a safe place.

Once the Silicon Spray has dried onto the sand, take your 2 glasses and fill them half-full with water. Now add your sand to one glass. How does the sand appear underwater? It should still look dry. Prove this theory by pouring the sand from one glass to the other.

The Science Behind the Fun

Now that you have learned all about Silicon and how important it is, go out and impress your friends and family with these fun facts. They may just think you are a master of Silicon-sense with all these fascinating factoids.