Serbia is located in southwestern Europe and is bordered by the countries of Romania, Bulgaria, Kosovo, Montenegro, Bosnia and Herzegovina, Croatia and Hungary. It has the fertile northern plain areas from the Danube River but further south, the landscape is mountainous and rugged. Serbia was once part of the country of Yugoslavia and was held together throughout history from force, kings and later by Russian communist rule. 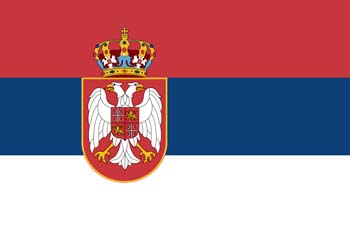 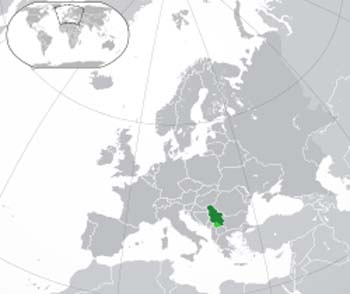 It is believed that the Serbs began to settle in the Balkan Peninsula around the 6-7th centuries and in the 9th century they adopted the Christian religion.

The first Serbian state was founded in the 14th century by a warrior named Stefan Nemanja and at that time it became one of the most powerful Balkan areas.

The defeat of the Serbs in the 1389 Battle of Kosovo allowed it to be absorbed by the then growing Ottoman Empire. While the people struggled against the rulers, it took until 1878 for Serbia to gain the strength to be independent when the Ottomans were defeated by Russia in the Russo-Turkish war. Following that time, Serbia, along with other Balkan states took some of the former lands that were run by the Ottomans.

World War I was actually caused by a Serbian assassin who killed Archduke Franz Ferdinand of Austria in 1914. This led to the declaration of war from Austria against Serbia and that led to other countries joining the war. After the war Serbia actually became part of a Kingdom that included Croats, Serbs and Slovenes in 1918. This area also included former kingdoms of Montenegro, Serbia, Croatia-Slavonia, Bosnia-Herzegovina, Dalmatia and the semiautonomous area of Hungary. The first monarch was King Peter I of Serbia.

The monarchy continued until 1941 when the government was overthrown and then Nazi Germany invaded the country. Just prior to this time, Yugoslavia had been brought in under the signing of a pact and by 1945 the monarchy was completely overthrown and the USSR received the area as part of a deal, allowing the new country to be under communist rule as the Communist Federal People’s Republic of Yugoslavia.

By 1948, the ruling factor of the new Republic broke with the Soviet bloc and this allowed the area to have a certain level of freedom for individual enterprise, the arts and travel. By 1989, the new ruler came into power and this caused uprisings among some of the Muslim citizens as the armies became involved deliberate killings and agitations. NATO stepped in to stop the process, eventually bombing Serb positions.

1998 brought the Serbian police and the Yugoslavian army against the Kosovo Liberation group. The tactics were what would be called ‘ethnic cleansing’ against the Albanians and Muslims. Their goal was the complete elimination of any ethnic group that they did not want in their country. Again, NATO stepped in, but only when given proof of the civilian massacres.

NATO accomplished the same bombing tactics but this time the leaders stepped up their fighting and it resulted in thousands dead as well as 850,000 people fleeing the country as refugees. In 1999, Serbia finally signed a NATO peace agreement.

The former leader of Serbia was eventually brought up on charges of ‘Crimes Against Humanity’ and 66 other charges and trials were held. By 2002, the various countrie

The violence wasn’t over, as it restarted in Kosovo in 2004 with some of the worst ethnic situations since 1999. NATO again sent in troops to help to keep the peace.

In 2008, Kosovo declared independence from Serbia, as 95% of their population was Albanian, it made sense to many of the world’s countries, with the exception of Serbia and Russia.

In 2013, Serbia began to arrange normalized talks with Kosovo and it was at that time the European Union agreed to be ‘open for discussion’ regarding the admission of Serbia into the EU.