A season is a period of time in which things happen that do NOT happen at other times (or seasons).

When we talk about a season, we usually think of the four main weather or growing seasons, which are Spring, Summer, Fall (Autumn) & Winter. 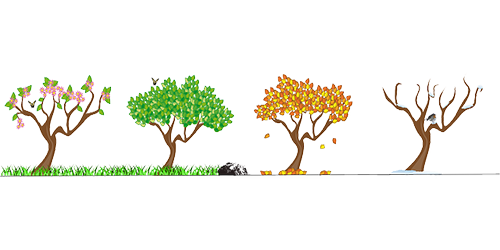 Spring starts when the day and night at the same length. The weather is warmer and sunnier, and trees and plants begin to grow.

Many animals have their babies in spring.

In rural areas, spring can be translated as “good weather”.

In some northern regions, spring can be translated as “spring sun”.

In most parts of the Middle East, spring refers to the phenomenon of extended sunshine during spring and summer, especially in mountainous regions.

Some scientists and chemists insist on the continuous (multi-year) weather patterns that prevail during winter and spring.

Others argue that the term “spring” refers to the perceived temperature changes that occur every year.

Summer generally starts on the longest day of the year. Depending on where you live, this is typically around 21 June. Summer is the warmest and sunniest time of the year.

We start to see fruit grows on trees, and plants begin to flourish. Young animals become bigger and stronger.

Animals have to seek out the food sources that have been ready to spoil over winter. If we only look at this period in the previous year’s calendar, we would see that the summer has a lot in common with our winter months.

The same animals are beginning to hunt, kill, and survive the months of winter.

In the early months of summer, we start to see some of the earliest flower blooms. Bees and butterflies are also very active at this time.

You can tell what is to come in the months of July and August.

Two of the earliest events take place in August. The first of these is a migration of whales and dolphins after they return from the Southern Ocean to the waters around Antarctica. The next is an explosion of wildflowers.

Autumn (is also known as the fall,) begins when the day and night are the same lengths again. During autumn, leaves change color and fall from the trees.

An albatross and seabirds make their annual migration to cooler, more temperate waters.

Albatrosses fly around on the oceans in search of food.

Birds of prey, such as the eagles and hawks, and raptors, such as hawks and owls, are great divers, diving for small fish or shellfish from shallow waters.

Autumn marks the transition from summer to winter.

In the Northern Hemisphere, this transition comes about in September, around the first week in September.

In the Southern Hemisphere, it occurs sometime in March, around the first week in March.

Winter starts on the shortest day of the year. Depending on where you live, this is generally around this 21 December.

The weather is usually colder in some places there is lots of snow.

Plants and trees stop growing. Some animals, like bats and bears one places to hide and sleep. We call this hibernation.

About 10 percent of the species in the world hibernate.

Winter temperatures in countries like Norway are usually cold enough to make it feel -30 °C (-32 °F) at night.

The northern hemisphere of the Earth is closest to the Sun during winter.

In the northern hemisphere, the winter solstice marks the point where the sun reaches its greatest elevation in the sky (the north pole).

The sun doesn’t actually set in the north, because as we head north towards the equator, the Sun moves in a counter-clockwise direction.

Unlike the other two points on the planet where summer comes to an end, the northern hemisphere’s winter solstice marks the end of the summer season.

This happens at roughly the same time every year, and both happen around the middle of August.

Why we have seasons 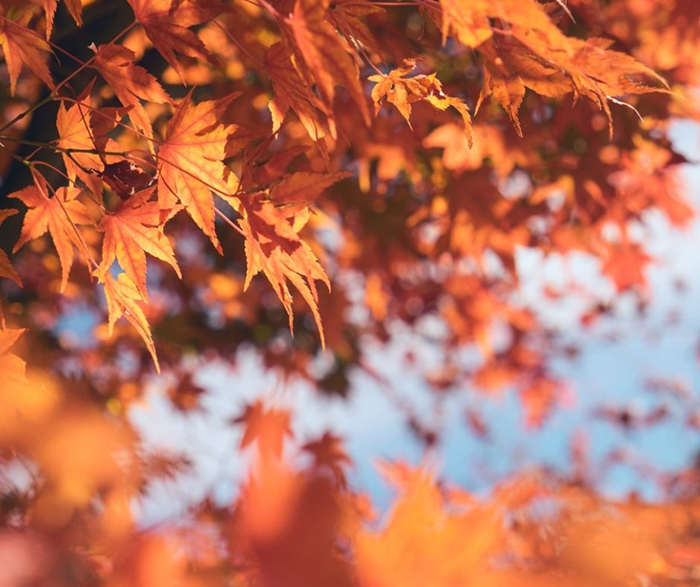 We have different seasons because of the earth’s constant movement around the sun.

The closer a place on earth is to the sun, the warmer it will be.

The farther away it is, the colder it will be.

Here is how it works…

The earth orbits the sun and because it rotates on its axis (an imaginary pole running through the middle of the earth).

To orbit means to move around something. It takes the earth 365 days (a year) to orbit or move completely around the sun.

To rotate means to turn around in a circle. It takes the earth 24 hours (1 day) to rotate on its axis.

Whichever side of the earth is closest to the sun as it is rotating is having its day time and the other side is having night time.

Whichever side of the earth is closest to the sun as it orbits is having summer, while the other side is having winter. 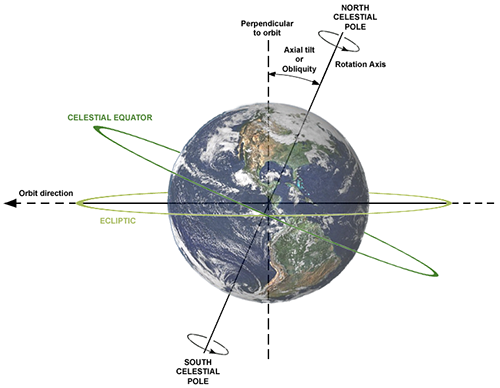 So why do some places on earth never get cold

The earth isn’t standing up straight. It tilts or leans—the top half of the earth leans back away from the sun.

This means that the bottom half of the sun is always closer to the sun than the top half of the earth.

Let’s see if we can make it a bit easier….

which is always closer to the sun than the top half (Northern Hemisphere).

To see how this works, look at the picture below:

Do you see that no matter what stage of orbit the Southern Hemisphere is in, it will be closer to the sun?

THAT is why these places never get cold.

Why do we need different seasons

In places where the different seasons bring different temperatures, the seasons give plants and trees a rest period.

This rest period also gives the ground time to rest so that it can be ready to grow flowers, fruits, vegetables, and grasses when it is warm.

Not everyone has four different seasons where they live, but if you do, you know that each one has something special to look forward to and enjoy.