The Sea of Japan also know as the East Sea is an amazingly beautiful carrot-shaped sea located between the Asian mainland, Sakhalin and the Japanese archipelago, which separates the Sea from the Pacific Ocean. 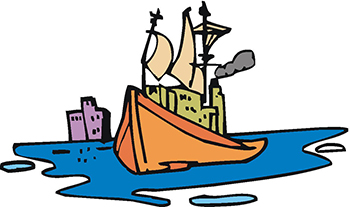 Sea of Japan and East Sea Facts for Kids 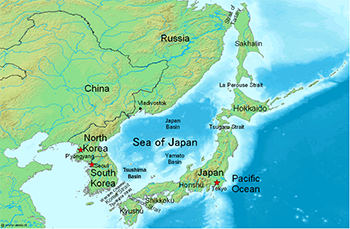 Question: How many major ports are on the coast of the Sea?

Answer: There are seven major ports on the coast of the Sea and they are Niigata, Maizuru, Tsurutam, Busan, Ulsan, Pohang and Vladivostock.

Question: What is the surface area of the Sea?

Question: What is the Average and Maximum depth of the Sea?

Question: Apart from the fishing industry what other industry thrive?

Answer: In addition to the fishing industry, the seaweed production industry and oil industry thrive.

Question: Why does it have a large number of species thriving there in?

Answer: Due to the high level of dissolved oxygen, the sea an ideal place for many species to thrive.

Question: How many species of fish are found?

Answer: There are about 1,000 fish species living in the Sea.

Question: What are some of the species of fishes found in the Sea?