Of course Earth is beautiful, but Saturn should certainly stand up and take a bow for its beauty too, with those awesome rings that we can see. It’s a gas giant which gives it plenty of extreme physical landscapes and atmospheric conditions. 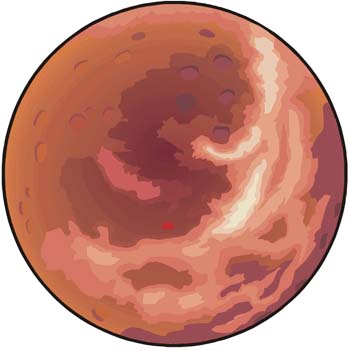 What you need to know about Saturn

Saturn is very light. This is because it’s made up of more hydrogen than helium so it’s less solid. If you could fit Saturn into a bathtub it would float, but how in the world would we find a bathtub that big? Perhaps start building one and enter the Guinness World Records!

The rings all orbit Saturn at different speeds and have gaps between them. In 2010 a spacecraft from NASA, called the Cassini mission, went between rings and is now orbiting Saturn. The instruments on board the Cassini spacecraft are sending back valuable information all the time. Hopefully this will help scientists understand these awesome rings even more.

How big are the rings? Well some of them are about 242,000km in diameter and some are really small at only a couple of hundred metres thick.

Where did the rings come from? Well nobody actually knows. Maybe they’re from material that was left over when the planet formed, or maybe they’re even the remains of moons that were destroyed.

This is awesome. Sometimes the rings of Saturn just disappear. This is because of the tilt of Saturn and the fact that some of the rings are quite thin. Every 14 years, the rings look like they’ve just gone! When Galileo discovered Saturn, of course he didn’t have as advanced equipment as we do now, and when they disappeared he thought he was going completely mad!

Wouldn’t it be great for scientists to find out more about those awesome rings that surround this planet, and then we would know what they were all about. But for now, you should know all there is to know about Saturn.