Russia is the largest country in what is considered to be the Euro-Asiatic area. It has had a long history of dominance, taking over other countries as a monarchy as well as under communist rule. It was once a country that had little or no contact with the Western world, existing in seclusion and old fashion traditions, only to rise up and adopt new cultures and become one of the world’s most powerful countries. 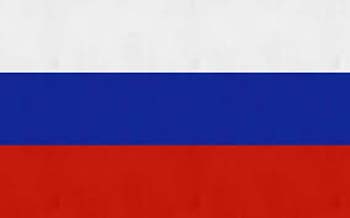 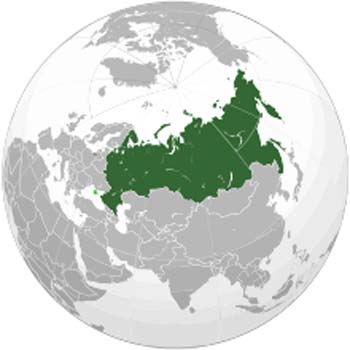 The early 9th century in Russia was actually a time where the land was inhabited by Slavic tribes. The Vikings arrived in the late 9th century to a nation that was called ‘Rus’ and the new inhabitants adopted the customs and traditions.

By the middle of the 13th century the Mongols were invading many parts of Europe and they invaded Russia, led by the grandson of Genghis Khan. Invasions continued into the area with the Tatars who allowed the territories to run themselves and then by the Lithuanians. In 1480, the Tatars retreated when they began a siege that backfired on them and they found themselves surrounded. Russia had separated itself from the Greek Orthodox Church when they temporarily united with the Roman Catholics.

By the 16th century there was a bit more contact with the European countries and a leader named Ivan IV (also known as Ivan the Terrible) came to the throne of Russia and was crowned as the first ‘Tsar’. As a horrible ruler, Ivan created an army that was devoted to him and killed or slaughtered anyone that he thought was against him, including his own son.

The 17th century brought about a number of Tsars and wars. The most notable of the Tsars was Catherine the Great and Peter. Both of which helped to elevate their country to a higher level of grandeur through winning battles and wars as well as opening the doors to the European countries for interchange.

There were only a few rulers that actually benefited the Russian people. A majority of the time they lived as poor villagers. Only the members of the higher government and monarchies did well financially. Due to this fact, revolution was always just a step away.

In 1898 the country split into two political beliefs: the Bolsheviks (majority) and the Mensheviks (minority), but the terms were misleading as the Bolsheviks were not the majority of the country. World War I in 1914 had left the country depleted and the Russian army in a weakened state. The Tsar and his family were unaware of the famine and bread shortage of the people and it was then that a revolution arose. Rioting led to the murder of the Tsar, his wife and their children and allowed the government to be overthrown.

Vladimir Lenin led the revolution across Russia, disposing of the provisional government and allowing the now communist soldiers to kill tens of thousands of people who opposed them. It took a number of years for things to settle down and for the peasants to be allowed to grow their own food. After Lenin’s death, he was replaced by Stalin, who was even more devious. He created what is known as ‘The Great Terror’, murdering thousands more people. Even though the crimes were great, the country continued to prosper.

Stalin aligned himself with the Germans during World War I and this allowed them to advance into other neighboring countries to take over. After World War II and the surrender of Germany, Russia was left with many of the eastern European countries and they absorbed them as puppet countries, but between the wars and the rule of both Lenin and Stalin, the Russian people had suffered greatly, with the death of millions.

Even the death of Stalin didn’t stop the communist infrastructure and the continued to rule and try to take over various countries. This continued, although the people of Russia did start to experience a slightly improved lifestyle.

By 1956, the leader, Nikita Krushchev began a campaign to expand the communist rule even further. His focus was to bring communist USSR as a world leader and he invested all the money that he could get into military programs, including a space program. This launched a competition between the United States and USSR that continued to see who could be the first to have a human being walk on the moon. The United States won that race, but it was the Russian’s that had the first satellite in orbit.

A series of errors and problems plagued Russia, including the alienation of many of the nations of the world. Russia’s investment into their nuclear program put them in a position of being equal with the United States and the time period that the fear of nuclear holocaust was called the ‘Cold War’.

By the early 1990’s the communist regime collapsed and it has taken Russia many years to regroup and rebuild. For a number of years they sold off all of the items that they could to maintain a government structure and then began working towards improving their economy. The countries that had once been under communist rule were set free and they were allowed to become individual entities.