Make Your Own Rocks 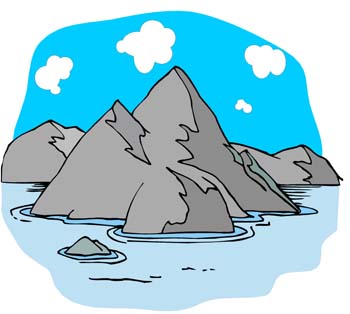 Erosion is the breaking down of mountains and other rock formations by strong winds and ice melting at the tops of mountains; sending water flowing over the rocks below. The erosion wears the surface off the rocks; breaking them into tiny pieces scientists call sediment.

The sediment comes together at the bottom of a mountain or on the floor of a river, lake or stream and is forced or packed together.

Fossils are shapes of plants or animals left in a rock after the plant or animal dies and rots away. The reason sedimentary rocks have fossils is because leaves and bugs and other plants and animals can get trapped in between the layers of a sedimentary rock as new layers are formed. There is enough air and water flowing through the sediment as it forms into a rock to rot the plant or animal; leaving only the impression of it.

Make your own rocks and fossils

Okay, so it won’t actually be a rock, but…

While a true sedimentary rock takes much longer to form, this gives you an idea of how it happens.