Your respiratory system is vital in keeping you alive. It is a complex system that brings needed oxygen into your body and then takes unwanted carbon dioxide out of the body.

Respiratory System For Kids – Oxygen is driven to our cells by the respiratory system and breeding. The diaphragm is used to help us breathe. When we breathe-in air is forced through the mouth or nose, down the windpipe into the bronchial tubes and into our lungs. 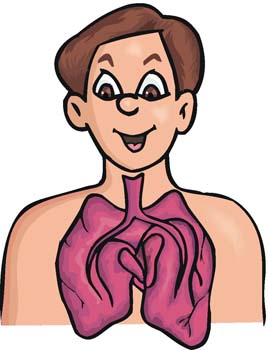 Oxygen is the key factor needed for your body cells for life function. All of your cells make use of the oxygen and then give off waste gas in the form of carbon dioxide. Since a buildup of carbon dioxide can be deadly, the body needs to get rid of it and the respiratory system is in charge of making sure it is removed as your exhale.

Your lungs are the main component of the respiratory system. They are actually more like ‘sacs’ that fill up with oxygen as you breathe in. Each of the sacs gets deposits of oxygen and when the blood reaches your lungs as it is pushed from the heart it circulates into the walls of the lungs and picks up the rich oxygen.

Breathing In (All About Inhaling)

Breathing-in takes in oxygen and then breathing out releases carbon dioxide.

When you take a breath your diaphragm begins to contract and flatten out. The diaphragm begins to move and gives your lungs more room so they can grow larger (your lungs are filling with air). At the same time, your rib muscles are also starting to move your ribs to give your lungs more room.
When you are breeding in air through your nose or mouth it enters your windpipe and in windpipe are tiny hairs called cilia they move around slowly making sure that no dirt or mucus enters your lungs.

Alveoli are a very important part of the respiratory system. They are tiny air sacs that allow oxygen to be passed into your red blood cells. There are millions of these in your lungs. The oxygen then enters your blood and makes its way to the heart. This oxygenated blood then makes his way to other cells in your body.

Breathing Out (Waiting to Exhale)

One of the amazing things that the Alveoli also those it helps to remove waste gas from blood. This is called carbon dioxide, your diaphragm helps to push this air out and basically getting rid of the carbon dioxide out of your system. Allowing you to breed fresh air back in again the next time you take a breath.
All this happens in a moment that you really don’t think about most of the time

How do the lungs work

Your body’s cells need oxygen to help you do your normal day-to-day things. The lungs take in oxygen and also help you get rid of the waste product called carbon dioxide. As you can see in the diagram below they take up a lot of space in the chest area and are protected by the ribs.

Here’s what happens when you take a breath

The nose does an amazing job as air enters your body. It helps to filter dust particles by using hair and mucus. The last thing you would want is that any type of dust particles enter your lungs. One of the jobs it also does is warm up the year before entering the lungs which if it didn’t do this could potentially harm us.

The respiratory system also helps us when we talk air is forced to the vocal cords and helps them to vibrate which is basically the sound we hear when we were talking or trying to sing (like me).

Why do we get out of breath when running?

Why do we get out of breath when running? As your breathing increases, you build up more carbon dioxide in the body. The levels of carbon dioxide accumulate the respiratory system starts to trigger and it brings more oxygen into the body.

If you slow down the carbon dioxide levels will go down and you will breathe more easily. As your body starts to achieve a normal level of carbon dioxide your breathing will return to normal.

What are the 5 main functions of the respiratory system?

How do we keep the respiratory system healthy?

Viruses and bacteria can cause respiratory illness some of the steps above may seem drastic but the likes of cigarette smoking have been proven to cause conical respiratory diseases. eating healthy food can be a lifestyle choice for the course is a wonderful option to explore new ideas that you may not have tasted before.

Exercise is a wonderful way of staying healthy there are so many options from running to cycling, from tennis to golf, from team sports to individual events these can all contribute to having a healthy respiratory system.

Rest is always overlooked benefits to staying healthy and helps the body to repair itself from the active day you may have had.

Keeping your hands washed after sneezing or coughing or even blowing your nose can ensure that you are not passing any viruses or bacteria into the respiratory system.

If friends or family are ill you need to make sure that they’re not spreading the risk to you.

Regular visits to your doctor for checkups can also help to ensure that you are keeping well and your respiratory system is coping with everything that you do. 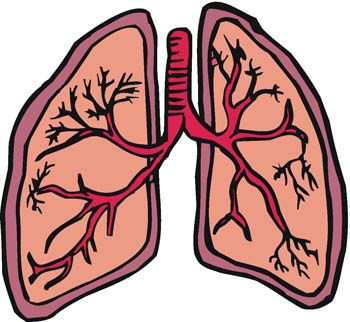 The process of breathing is a combination of what is called ‘voluntary’ and ‘involuntary’. The voluntary part allows you to breathe in when you want to, hold your breath or breathe out under your own control. The involuntary part is where your body takes over. If cells don’t receive oxygen they will begin to die in just a few minutes. Your brain kicks in and requires your body to breathe. This happens whether you are awake or asleep.