Beware! What you are about to discover is RADIOACTIVE!

Radon is a dangerous gas. It is colorless and odorless and is always being emitted from our planet – don’t worry, it’s not enough to harm you. However, did you know even though this element is extremely toxic, it is still considered “noble?” Or that Radon is the densest and heaviest of all the elements? Let’s explore the world of Radon to see what other in-toxic-ating facts we can uncover. 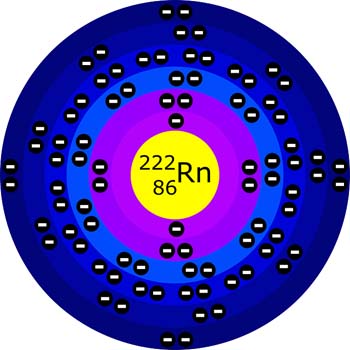 Radon was first discovered way back in the 1900’s. A scientist by the name of Friedrich E. Dorn was working with the substance, radium. He noticed that from this element a gas arose. Dorn called this, “radium emanation.” However, in 1908 two other scientists (William Ramsay and Robert Gray) were able to isolate this strange gas and determine its properties. They called it, “niton,” after the Latin word, nitens which means “shining”

Where on Earth is Radon Found? 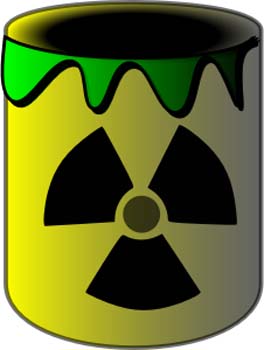 Radon can also be found in hot springs or naturally occurring spring waters. However, its presence in Earth’s atmosphere is considered only to be, 0.0000000000000000001 percent.

Even though Radon is a gas, it does has a boiling point. This is achieved by heating this element to -79 degrees Fahrenheit (-61.7 degrees Celsius). However, when radon is chilled below its freezing point of -96 degrees Fahrenheit (-71 degrees Celsius) a wonderful reaction happens; it glows. That’s right, once this gas is subjected to the frosty temperatures it will emit a bright yellow glow (radiating luminescence). The colder it gets, the more intense the color becomes until it is an orangey-red color.

The Not-So-Nice Side of Radon

Unfortunately, not everything about Radon is cool. Back in the 1940’s and 1950’s men were on the search for uranium and other hard rock substances. This led them into deep dark and unventilated mine shafts were Radon was present. Due to working long hours in these mines and breathing in the toxic air, many of these workers developed lung cancer. Today, mine shafts are made to be properly ventilated and workers wear protective gear.

Radon can also be present in buildings or people’s homes. But fortunately, there are small devices that can detect this element before it becomes toxic to the people living or working there.

The Fun Facts About Radon ~ Did You Know…

Now that you have learned all about Radon feel free to impress your friends and family with these fun facts. They may think you are a brilliant when you are all aglow with these fascinating factoids.