Rabbits have been a symbol of many cultures representing nature, fertility and happiness.

Their mostly small size and gentle nature has made them wonderful pets as well as a source of food on many continents.

Rabbits are a type of rodent and are known for their large ears, soft fur, large feet and springy legs as well as small tail.

There are thirty species of rabbits that reside all around the world.

Many of the rabbits differ but they all share quite a few common traits.

Rabbits are typically smaller, but some rabbits such as the jackrabbit can grow to huge sizes, comparable to that of a small child.

The smallest rabbits are about 20 cm (8 in.) long and weigh in at less than a pound.

The biggest rabbit breeds are the Flemish giant, the checkered giant, the giant chinchilla and the French lop. 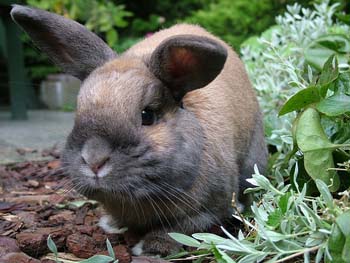 Rabbits breed a lot and have many babies each of the four times a year that they breed.

Only 15% of the baby rabbits that are born live to be one year, so nature has given them the opportunity to produce a lot of babies.

Not a baby anymore

When a baby reaches 4-5 weeks of age, the kit can care for itself and by 2-3 months they are able to start their own families.

If the area they live in doesn’t have any natural predators, the area can quickly become overpopulated with rabbits. 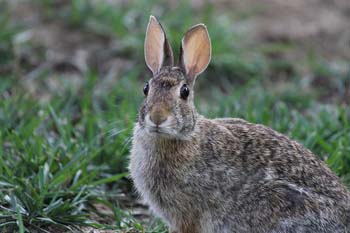 What do Rabbits Eat?

Rabbits are omnivores, which means they eat vegetables and plants.

In the winter rabbits are required to eat bark, buds and twigs but in the summer they will nibble grasses, lettuce, herbs, peas and greens.

Wild rabbits make their homes depending upon the area.

Some live in forests and grasslands but most tunnel into the earth to create dens that are called ‘warrens’.