Newton’s Laws of Motion tell us three things about how and why things move.

Law of motion #1: An object will remain at rest until an outside force puts it in motion. Force is the push or pull that starts something moving.

Law of motion #2: The speed at which an object moves depends upon the amount of force used to move the object. The weight of an object also determines how it responds to the force being used to move it.

Law of motion #3: For every action or act of force, there is an equal and opposite reaction. 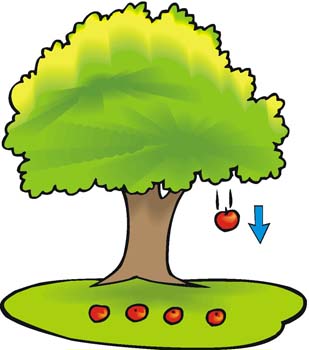 Newton’s laws have been able to answer many questions in the world of science for centuries, but sometimes it is hard to see how the laws of motion work.

EXAMPLE: Let’s say you are helping your mom put groceries in the car, but when you take your hand off the grocery cart to lift the bags of groceries out, the cart starts rolling away. You didn’t push it, and the wind isn’t blowing, so what happened? Gravity—that’s what.

Gravity is nature’s force that holds things down. Gravity keeps everything from floating out into space. Gravity is always pulling us down. So if the cart is not setting on a level surface, gravity is going to pull it to the lowest point. Gravity is also the reason we always come back down when we jump up in the air.

Let’s try a few things to see how the laws of motion work.

Here is what you do:

Take another look at Newton’s laws. Now can you see how they work?