Can you even begin to imagine living in a place that is so cold that you would never need flip flops or shorts, and you’d probably never eat a popsicle? In fact you’d live in thick sweaters, boots, jackets, gloves and hats! Well these places exist. Read more to find out about polar climates! 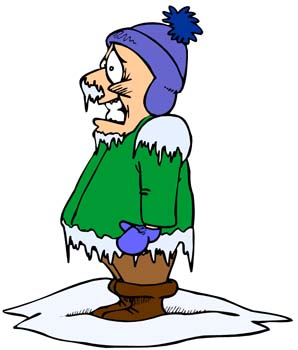 What you need to know about Polar Climates

Polar climates are very, very cold with lots of snow and strong winds. These areas are definitely not the place to decide to live!

In the Tundra zone the winters are very long, and very dark. When summer arrives though, the plants grow quickly and some animals like moose, birds and fish come out to play and feed on the plants. These are small plants like Lichen, which is a mix of algae and fungus and their leaves are red, which absorbs the heat. How neat is that?

You would think that these areas would be very snowy, but some of the ice cap regions hardly get any snow or rain, like the Antarctica. Believe it or not, but the Antarctica is the largest desert on Earth. That sounds totally weird, as it’s covered in ice, but true! It’s got an ice cap 1.6km thick. Whoa!

The climate at the Antarctica is the coldest place on Earth.

The first man to reach the South Pole was Roald Amundsen, from Norway, along with four men and dogs on December 14th 1911. That must have been a rather difficult journey! 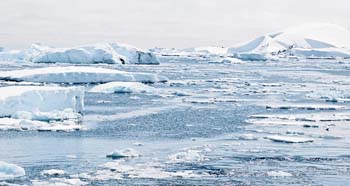 Antarctica is about 98% thick ice sheet and 2% barren rock; glaciers form ice shelves along about half of the coastline, and floating ice shelves make up 11% of the area of the continent. The continental ice sheet makes up about 90% of the world’s total amount of ice. Wow!

The surface of the Arctic is covered by a drifting polar icepack that is about 3m thick. The icepack is surrounded by open seas during the summer, but more than doubles in size during the winter. Wow, that’s quite something!

The lowest point is the Fram Basin at –4,665m below sea level and the highest point on 0m which is at sea level.

If you want to be a great explorer, you could get on your warmest gear and see if you can make it to these seriously cold places and become famous. Think you’re up for it?