Platinum is a transition metal.

It is the third element in the tenth column of the periodic table.

Platinum is a very dense, ductile and malleable metal.

It has an atomic weight of 78 and its symbol is Pt. 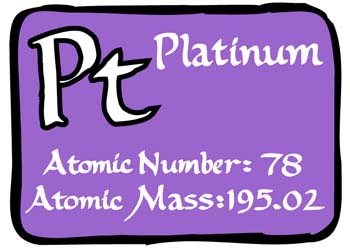 Platinum is a very rare and valuable metal.

South Africa is the largest producer of platinum and is followed by Russia.

It is believed that South American people discovered platinum well before the arrival of Europeans.

They used a gold-platinum alloy for making ornaments and jewelry.

Platinum is not abundantly found in earth’s crust and that is why a very small amount is produced every year.

The average abundance of platinum in earth’s crust is 5µg/kg.

The name platinum is derived from the Spanish term ‘platina’ which means ‘little silver’.

A group of six elements including platinum in the periodic table is called the ‘platinum group’.

Platinum is the least reactive metal and is highly corrosion resistant.

It is shiny and silvery white in color.

Platinum is very ductile and malleable.

It is very dense and also has a very high melting point.

While platinum is more ductile than gold, it is not as malleable as gold.

It does not dissolve it Hydrochloric acid and Nitric acid but dissolves in Aqua Regia.

It has stable properties even at high temperatures.

What is Platinum  used for

Platinum is a rare element and is used for making jewelry, watches and other ornaments.

However, the largest application of platinum is in the manufacture of catalytic converter in the Vehicular Emission Control devices.

According to estimates, nearly half (46%) of total platinum produced is used for this purpose.

The second largest use of platinum is in the jewelry manufacture (30%).

It is also used for making super strong alloys, in dental work and medical instruments. 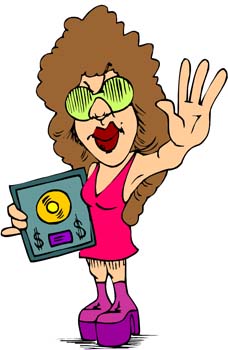