The penguin has been a symbol of the one flightless bird everyone loves. A favorite in movies and cartoons, their funny way of walking has caused them to be endeared by people everywhere. 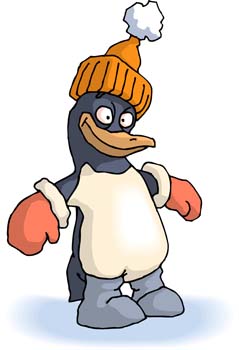 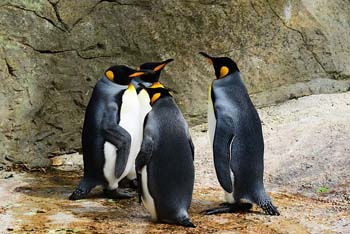 What are some Penguin habitats?

Did you know that penguins spend most of the time in the water? but of course they also spent time on land where you will find them in colonies. There are many different species of penguin some like Cold Water, tropical beaches, spending time on ice and you also find them on rocky coastal areas.

Where do penguins live?

You will find many penguins in the southern hemisphere. they can be found in places like the Galapagos islands and in places like Antarctica. They inhabit many different countries like Australia, New Zealand, Argentina, Chile, South Africa, Antarctica and many subarctic islands.

What do penguins eat?

They are expert swimmers and can swim to deep levels in search of prey. You will find that their diet can vary depending on where they live, but generally they will eat Krill, fish and squid.Penguins are listed as meat eaters (carnivores) and they have a very big appetite. Some large penguin groups eat so much that they can actually make a severe difference in the amount of food left for other creatures.

There are some penguins that are die-hard hunters when it comes to their food. The yellow-eyed penguins will dive as deep as 120 meters (393.70 ft.) and as many as two hundred times a day in search of fish.

What do penguins say?

Penguins can communicate in a number of different ways they use things like eye contact and body movement to help express what they want. But they can also be very noisy and use different types of sounds for each situation.

What do penguins drink?

Like us penguins like to drink water the amazing thing about them is that they can drink saltwater. Something that was humans don’t do. The only reason they can do this is because they have special glands that allows them to extract excess salts from their blood. This is done by excreting a salty fluid from their nose. When on land they also drink from fresh pools of water streams when they have access to this.

How do penguins sleep?

One of the things that they can do is sleep for a few minutes at a time during the day or at night time. They do of course sleep for longer periods on land during the night. They can sleep in various positions standing up, lying down for example. You will also find them sitting in the water and I’m sure you have seen the classic images of penguins sleeping with part of their bill tucked under a flipper.

When do penguins lay eggs?

I suppose this depends on the breed of penguin but in general between three and eight years old a penguin is mature enough to do this. King penguins usually lay a single egg with many of the other species laying two. I’m sure you have seen many nature programs on TV that will show Emperor penguins the female will leave the egg on the male’s feet to keep it warm whilst she will go out and hunt for several weeks for food. 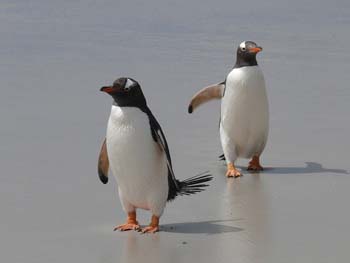 When you see a group of penguins together, that is called a ‘colony’. Penguins will mate almost every year with the same mate. Some penguins lay only one egg, while others will lay two eggs. Both parents will take turns placing the egg on their feet and covering it with the warmth of their features. The emperor penguin is the only exception to this, as the male is the caretaker of the egg.