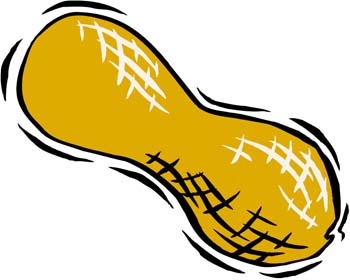 No one knows for sure who the first people were to discover that peanuts are good to eat, but it was probably the people in Brazil. It didn’t take long, however, for the Inca Indians to learn the value and good taste of peanuts. In fact, the Inca Indians were the first known people to grind peanuts into peanut butter.

South American and Spanish explorers took peanuts to countries all over the world—including the countries in Africa. When Americans started bringing slaves over from Africa, they also brought peanuts. Today, peanuts are one of the top three snack foods in the United States and one of the top five favorite snacks in Europe.

So what exactly is a peanut

Peanuts are legumes. Legumes are a group of foods that grow their seeds in pods that split open on the sides. Peas, beans and peanuts are all members of the legume family.

Most legumes have soft pods and grow on top of the ground, but not peanuts. Peanuts grow under the ground and have hard pods we usually call shells. Peanuts are also different from other kinds of nuts because other nuts grow on trees and are not part of the legume family. 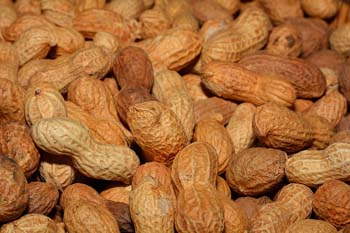 Why peanuts are good for you

Peanuts have lots of protein and B vitamins to give us energy and help us be able to think clearly. Peanuts don’t have any cholesterol. This means they don’t make it hard for our heart to beat and move blood through the body.

If you are allergic to peanuts, DON’T EAT THEM.

How to eat peanuts

Most peanuts eaten for snacks are roasted. Roasted peanuts can be eaten salted or plain…and without the shell. You can eat them, raw, too, but they are bland or plain-tasting.

Peanuts are used to make peanut brittle and are added to candy and candy bars, granola and trail mix.

Boiled peanuts are peanuts cooked in very salty water until they are soft. People in the southern states in the US eat boiled peanuts every chance they get. 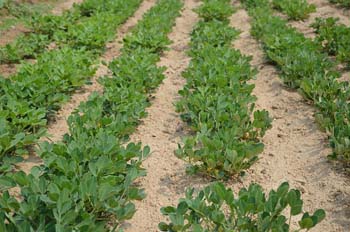 If you are not allergic to peanuts, ask your parents to help you boil peanuts. Give them a try and see what you think.