With over 350 species of parrots, they come in many shapes and sizes, but most of us are quite taken with their beautiful colored feathers and the fact that some of them have the ability to ‘talk’. 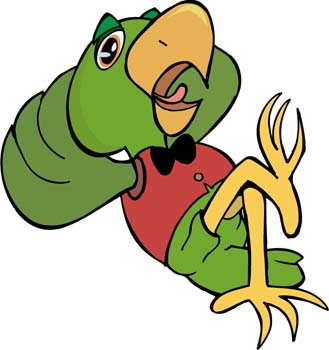 Parrots are part of the Psittaciformes family and that includes: cockatiels, parakeets, cockatoos and macaws. 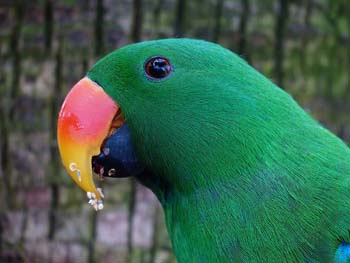 Parrots come in so many different varieties and species and this makes their sizes very different. The heaviest parrot is the kakapo that can weigh as much as 9 pounds (4 kg) whereas the buff-faced pygmy parrot is the smallest, which weighs in at about 0.4 ounces (10 g) and is only 3 inches (8 cm) tall.

Parrots have the ability to mimic human speech and are often a favorite pet. Some parrots that are from other parts of the world have escaped due to storms or natural disasters and have started to breed in large groups. The monk parakeet is one of these species that is normally found in subtropical South America and is now breeding in the U.S. 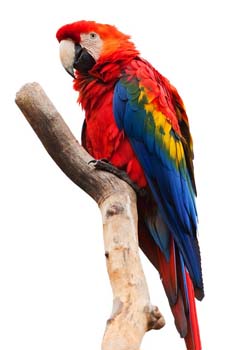 Parrots are social creatures and they live in groups called ‘flocks’ that can have a few or as many as twenty to thirty birds. They communicate with each other through the movement of tail feathers and by squawking.

Parrots are listed as being ‘omnivores’; they eat vegetation as well as meat, although most parrots seem to prefer buds, fruit, flowers, nuts, insects and seeds. They particularly like seeds and they have strong jaws that allow them to open some pretty tough shells. Keas have longer beaks that they use to dig into the ground for insects and the kakapos chew their vegetation as well as drink in the juices.