The Paricutin Volcano is in the state of Michoacán in Mexico.

This volcano is actually one of the Seven Natural Wonders of the World. It is known as a cinder cone volcano; this steep conical shape was created from debris.

One of the most special things about this Natural Wonder of the World is that humans have been around to witness its activity from the beginning to its extinction.

Two weeks before the quick growth of Paricutin, the villagers in the area reported loud rumblings in the ground as well as feeling an earthquake sensation.

Dionisio Pulido and his wife were the first people to see the volcanic eruption in February 1943 in their cornfield. Imagine having a volcano in your back garden! 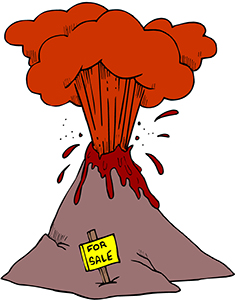 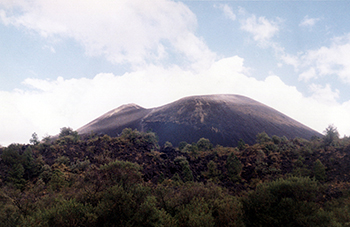 Question: Is the Paricutin Volcano one of oldest or the youngest volcanoes of the Trans-Mexican Volcanic belt?
Answer: Youngest

Question: What year did the Paricutin Volcano first erupt in?
Answer: 1943

Question: How many years did the volcano erupt for?
Answer: 8

Question: What was the volcano named after?
Answer: The village where it is located

Question: What was the final height of the volcano?
Answer: 424 meters