Everyone loves paper airplanes and some actually call it ‘aerogami’, named after the Japanese art of paper folding.

It is believed that gliders as well as paper kites may have started in Ancient Japan and China as both of these cultures have a long history of using paper objects for both fun and decoration. 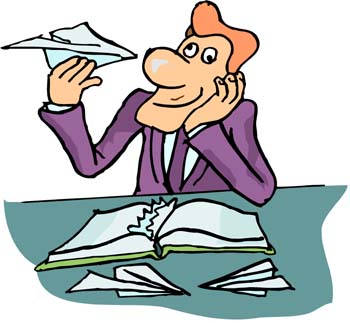 In the U.S., the Wright brothers invented the airplane, but they did use miniature paper models to test out the aerodynamic abilities. During WWII, almost all materials were being used for the war efforts and were therefore rationed. It was during this time that toy paper planes became popular, since there wasn’t any wood, plastic or metal.

Paper planes, just like real airplanes use the same four aerodynamic forces that allow them to lift and then stay airborne.

There are a number of factors to consider in the best function for a paper airplane. The weight can be affected by the type of paper as well as the amount of ‘friction’ that it experiences. The design of the plan can alter how high or fast it might fly. Other areas of design that can affect a paper plane performance include the tail, nose and body.

If you wanted to test which type of paper airplane was the best, what would you want to consider? Would you use different types of paper? If so, would you use lightweight, smooth or even paper that might have a special coating? Would you change the way the paper was folded and therefore change the design?

If you want to do a project to see if your theory is correct, download the paper airplane worksheet and you can prove which one flies best 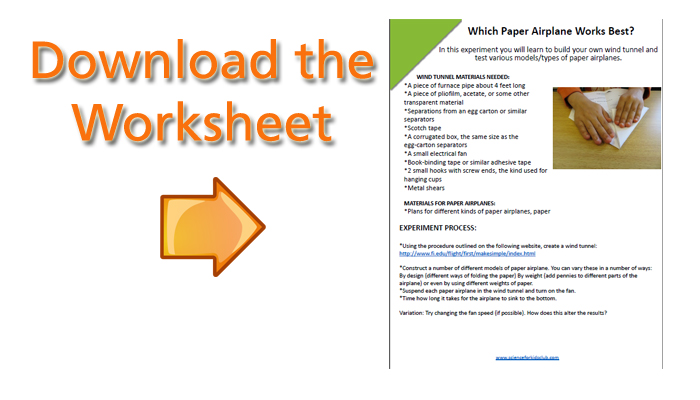