Take a big deep breath…ahhh…Oxygen. This colorless, odorless and tasteless element is vital to all living things; even undersea creatures need oxygen. But did you know, Oxygen only makes up 21 percent of Earth’s atmosphere? Or that our planet has had oxygen on it for the last 2.4 billion years? Let’s explore the world of Oxygen further to see what other airy facts we can “inhale.” 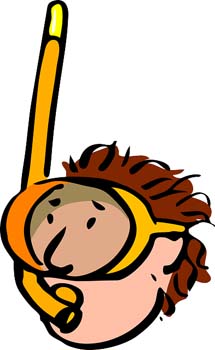 Even though all living things have been breathing in Oxygen for billions of years, it took until 1608 to discover this element. It all started when a Dutch inventor by the name of, Cornelius Drebbel, was experimenting with the heating of saltpeter (potassium nitrate). He discovered a gas was being released. But this strange gas would remain a mystery until years later. In the 1770’s, three chemists were all working to discover what this fascinating gas was.

An English chemist, Joseph Priestly, noted that when sunlight was directed at mercuric oxide, this same gas was produced. He took his experiment a step further and discovered the flame of a candle burned brighter in the gas. Priestly published his findings in 1774. Meanwhile, back in 1771, another scientist (Carl Wilhelm Steele) had already made the discovery of oxygen, but didn’t publish his findings. The third scientist involved with oxygen (Antoine-Laurent de Lavoisier) gets the credit for giving oxygen its name. He derived it from the Greek language; oxy and genes, meaning “acid-forming.”

Where is Oxygen Found?

Oxygen is not just in the air we breathe, it is found in many different places. The ozone layer surrounding our planet is made up of three oxygen atoms (a different form of oxygen) which combine to make up the ozone. Another place you may not have suspected to find oxygen is in the Earth.

The rocks and soil we see and use every day is made up of this vital element. In fact, 50 percent of Earth’s crust is filled with oxygen. Of course, this element is also found in the water. How else would our sea friends be able to live and breathe? Plus, the Sun even uses oxygen to help it burn. It contains 1 percent of this airy-element.

What is Oxygen Used For?

You may be surprised to learn all the uses of this important element. Check out the things Oxygen is used for. It’s not just for breathing…

The Not-So-Nice Side of Oxygen

We may think that oxygen in any amount is good for us, but this simply isn’t so. Too much oxygen in the blood can cause a condition known as, “the bends.” This is common in scuba divers and astronauts and is when tiny bubbles build up in the bloodstream – this can be extremely painful and even deadly. To prevent the bends from happening, these people have to allow their bodies to decompress. This means they are brought back to the surface of the water or from outer space slowly. This allows their bodies the time to adjust properly to the different pressures. 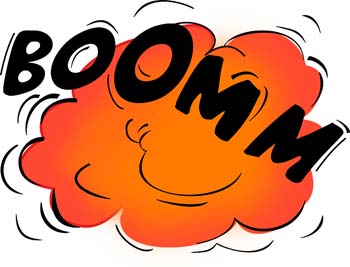 Another not-so-nice-side of oxygen is it can be extremely explosive or combustible. Fire needs oxygen to burn, so if high levels of oxygen are present a fire can become quickly out of control. It can also cause things to explode.

The Fun Facts About Oxygen ~ Did You Know…

Try This ~ A Fun Experiment With Oxygen

It’s always fun to see chemicals at work, so try this easy experiment to see how Oxygen is created by a plant leaf.

First, snip a leaf from an indoor or outdoor plant. Put the leaf in the cup of water and place it in a sunny spot. Wait 1 hour. What do you see? There should be tiny bubbles forming on the edge of the leaf and along the sides of the glass.

You can take this experiment a step further. Leave the leaf in the cup for several more hours to see what happens. Is there an increase or decrease in the amount of bubbles? Now, try placing a new leaf in a dark area. What happens?

What you have just observed with our leaf project is oxygen at work. The bubbles are actually oxygen being emitted from the leaf.

Leaves take in carbon dioxide and change it into food (photosynthesis). Oxygen is a by-product of this and lucky for us, it is. Plants are the major source of oxygen in the air we breathe, without them, all living creatures would die off.

Now that you have learned all about Oxygen and how important it is, go out and impress your friends and family with everything you know. They might think you are full of hot air, but at least, with all these fascinating factoids, no one will ever mistake you for an airhead.