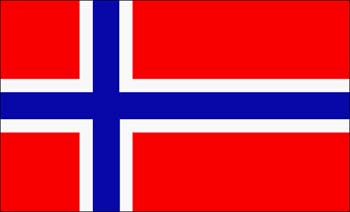 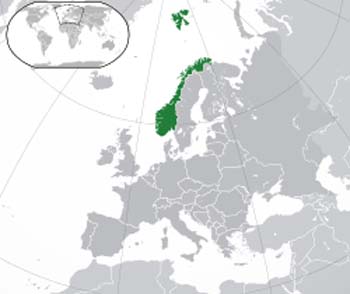 It is believed that the first people to actually settle in the area that we know as Norway occurred around 10,000 years ago. These were fishing and hunting tribes that eventually made the changeover to become farmers and maintain livestock.

The first farms in the area occurred around 500 B.C., during the Bronze Age of humanity. The people in the area participated in trade and this continued as they became stronger and entered the Iron Age.

The Iron Age lasted until around 1,000 A.D. and both stronger tools and trade led to the prosperity and growth of the area. The Viking Age was launched around 800 to 1030 A.D. and was the most prominent time in the history of Norway.

During the Viking Age, they built large, fast sea-faring ships that traveled to many parts of the world. They held raiding parties that profited from the resources that they took from other countries. While they did sail to other parts of the world, many Vikings also made the choice to settle in some of these locations. Those that made the decision to stay brought their incredible talents for trade with them.

By 1030 A.D. those areas that we refer to as Norway were merged into a single kingdom and it was then that Christianity was introduced to the area.

Norway, in the 13th century ruled over many countries including: Greenland, Iceland, Shetland and the Faeroes and Orkney Islands. This was called the Norwegian empire and it continued until nearing 1350 when the ‘Black Death’ plague killed over half of the population of Norway.

The area slowly rebuilt and regained their population after the plague they were part of the union of Denmark form 1380-1814.

Norway has industries that include food processing, pulp and paper products, ship building and gas and petroleum.