What you need to know about the Nile River

The length of the Nile River is a whopping 6650km in length. That’s about 400km longer than the mighty Amazon River.

The Nile River is in Africa and even though people really think of it as belonging to Egypt it goes through many countries including Kenya, Eritrea, Congo, Burundi, Uganda, Tanzania, Rwanda, Egypt, Sudan and Ethiopia. Who would have thought that? 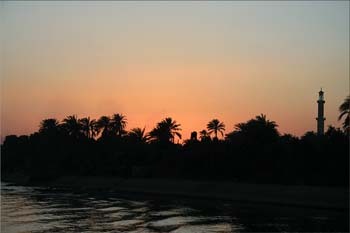 Around 40 million people, which are half of Egypt’s population, live in the Nile Delta region. Wow, the land must be good here!

The famous Rosetta stone was found in the Nile Delta in the city of Rosetta In 1787. This Ancient Egyptian artefact (or object) was a major reason why we understand so much about Egyptian hieroglyphics today. That would be very cool to see don’t you think?

The Nile River was known for its flooding and then its periods of drought. The one good thing about the floods was that it left behind perfect soil to grow their crops again. They then built the Aswan High Dam in 1970 to help control the flooding of the Nile River and cities. 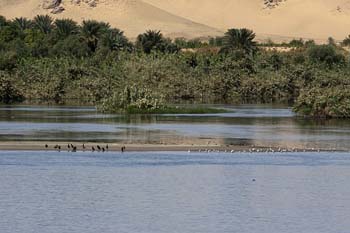 You will see loads of animals around the river including those rather large crocodiles, Nile monitors, frogs, mongooses, turtles, tortoises, hippopotamus, wildebeest, baboons, and over three hundred species of birds. Wow, you can go nature watching.

This is amazing. The Egyptians built their calendars around the Nile River. They had three seasons which were called Akhet, where the river would flood, Peret, the growing season, and Shemu the harvest season.

Fun Facts about the River Nile

The Nile River is certainly one important river and sounds like a cool place to go and visit with so much to see!