Nickel is a transition metal and is located in the tenth column of the periodic table. It has an atomic number of 28 and its symbol is Ni. Nickel has a melting point of 1455°C and a boiling point of 2913°C. It is the fifth most abundant element in earth’s crust and most of it is inaccessible as it is located in the core of the earth. 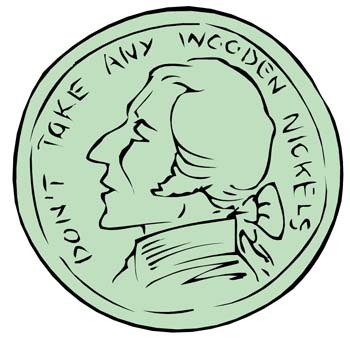 The story behind the name of this metal is very interesting. Germans called nickel ‘kupfernickel’ or ‘Devil’s Copper’. It has been reported that Germans believed that nickel contained copper. However, their failure to extract copper and subsequent frustration resulted in naming the metal as such. Philippines is the world leader in nickel production and is followed by Indonesia, Russia, Canada and Australia.

Nickel is silvery-white metal with a hint of golden color. It is hard and ductile. Nickel is a good conductor of electricity and heat. It is considerably corrosion resistant and can be polished to shine. It is one of only four metals that are magnetic at room temperature (others are iron, cobalt and gadolinium). Most of the industrial grade nickel is obtained from ores like pentlandite, garnierite and limonite. Nickel is also found in meteorites and much of Canada’s nickel reserves are believed to have come from meteorites.

Nickel is primarily used for making nickel steel and alloys. Nickel steel like stainless steel is very strong and corrosion resistant. Nickel is alloyed with iron and some other metals to manufacture magnets as well. Another very important application is in battery production.

Nickel Cadmium (NiCad) and Nickel Metal-hydride (NiMH) batteries are rechargeable. Nickel is also used to manufacture coins and armor plates for use in military hardware. Nickel has been historically used in place of silver for the purpose of decoration, owing to its corrosion resistant properties.

Listed below are some very interesting and rarely known facts about nickel: