The Netherlands is located in Western Europe and faces the North Sea. It is bordered by the countries of Germany and Belgium. The name ‘Netherlands’ translates to mean ‘low country’ which describes a majority of the land as only around fifty percent of the land is above sea level. It is also important to note that almost all of the land that is below sea level is manmade. 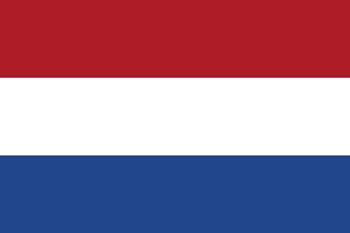 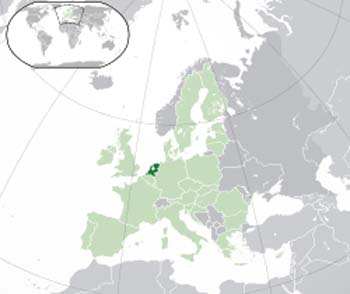 some refer to the Netherlands by its older name, Holland, although this included only two of the twelve provinces.

Traces of the oldest human existence in the area has been found by archeologists with remains of Neanderthals. At the end of the Ice Age (250,000 years ago) other Paleolithic groups began to live in the area and later, hunter-gathers from about 5,600 B.C. and on.

It is believed that varying climates in other areas caused a migration to the Netherlands from people from Germanic tribes and the Salian Franks and later Celtic tribes. This continued until Julius Caesar conquered the area and it came under the Roman rule.

When the Roman Empire fell, the Franks took full advantage to expand their empire into the Netherlands. There continued to be battles and wars as the Franks as well as the Anglo-Saxons made efforts to overtake many areas that are now countries in Europe.

The 10th and 11th centuries brought about the rise of the Roman Catholic religion, but the lords and nobles that existed in the Netherlands were in constant battle against each other. From 1,000 to 1,100 A.D., farming and agriculture prospered in the area and there was an increase in the building of monasteries and castles.

By the 1500’s, the area fell under the Habsburg rule and included about seventeen provinces within the area. The wars and battles against Spain brought about many people that wanted to remove themselves from the Habsburg rule and it was then that Queen Elizabeth I of England sent soldiers to help the people. By the end of the battle, many of the provinces became separate as the new republican-mercantile empire.

Seven of the provinces declared their independence and formed a coalition, with each having their own government but meeting together in a mutual location, the Hague, with representatives from all of the provinces.

The 17th century brought the ‘Dutch Golden Age’ in which a renaissance period flourished. The area encouraged science, the arts, and music and the Dutch had over 16,000 merchant ships that brought great trade and cultural interchange. Dutch settlements were found in many of the world’s continents. This was the time of the rise of the famous ‘Dutch painters’ that are known around the world.

During this time, the Dutch established what is believed to be the first ‘Stock Exchange’ and some of the processes of trade and stock configurations that continue to be in use today. It was during this time that ‘tulip mania’ occurred, which was the massive investment in the tulip industry in a bubble effect that quickly fell and made everyone dump their stock.

During the reign of Napoleon Bonaparte of France, there were varying degrees of attempted takeovers until finally they took over the Netherlands completely as a puppet country to France. It wasn’t until Napoleon’s regime collapsed that, in 1813, there was a Prince of the Netherlands again.

There were disagreements with the Belgium faction that resulted in the near collapse of the economy of the Netherlands.

During World War I, the Netherlands were listed as neutral but were a critical location for supplies for the Germans. World War II brought Nazi Germany invasions into the area where hundreds of thousands of Jews and anyone against Germany were rounded up and killed.

By the end of WW II, Allied countries entered the Netherlands and liberated the country and in 1954 they participated in a decolonization that allowed some colonies to remain and others to become independent of the Dutch.

By the 1960’s and 1970’s, the area experienced a great cultural and social change. This continued until 2010 when they dissolved the Netherlands Antilles.

The Netherlands industries include metal and engineering products, agro-industries, chemicals and electrical machinery and equipment.

The Netherlands export chemicals, foodstuffs, fuels and machinery and equipment.