Our nervous system could be compared to a network of electrical wiring. It is what sends signals to the body to coordinate any and all of the actions and without it we couldn’t move.

The nervous system is made up of a lot of parts including glial cells, neurons and axons.

The CNS includes the retina of the eyes, the spinal cord and the brain. The brain is covered in a protective shell of the skull and the spinal cord is protected by the skeletal vertebrae.

The PNS includes all of the other structures of the nervous system that actually sit outside of the CNS but that help to connect the CNS to various other parts of the body.

Long fiber bundles called axons enclose the nerves and the axons are each made up of nerve cells.

There are two specific types of nerve cells: Glial cells and neurons.

Glial is also known as ‘glia’ and the word actually comes from the Greek word that means ‘glue’. These are very specialized cells that provide support and structure to the neurons. They also hold them in place, supply nutrients, remove dead neurons and destroy germs as well as direct the axons of the neurons. 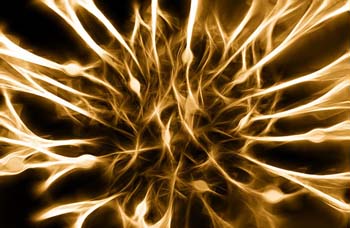 There are some types of glial cells that work as a kind of electrical insulation. They create myelin, which is a substance that coats axons so that it helps the fast and efficient transmission of signals.

Motor neurons are the ones that send neural signals so that our muscles or glands are activated. 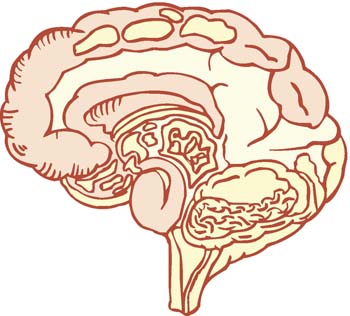 The nerves in our bodies are vulnerable to damage from both disease and physical sources. Nerve damage can cause intense pain, loss of muscle control or even loss of feeling.

Some nerve damage can be unpredictable. It can seem like it is ok one minute and then cause a problem the next. Surgeons that perform surgery on the nervous system are called neurosurgeons.

When patients experience nervous system damage they go to specialists for treatment. These are call Physiatrists.

The brain is the main controller for the nervous system. When you touch something that is too hot, the sensation is sent to the brain and the brain then tells the arm, hand and muscles to remove your hand.

Part of the brain that controls your concept of thirst as well as your body temperature and other functions is called the ‘hypothalamus’. When you get cold, the brain sends a message to your body to shiver, which in turn makes your muscles vibrate to generate heat.