You have probably already seen this “noble” gas at work in those brightly-colored neon signs. But did you know, Neon is considered an inert gas, which means it doesn’t like to react to other molecules? Or that this gassy substance ranks the fourth most abundant in the universe, but not here on Earth? Let’s explore the world of Neon to see what other illuminating facts we can discover. 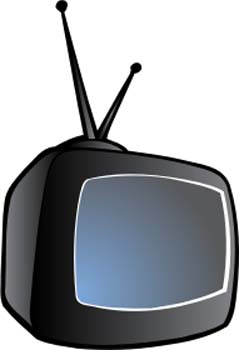 This may surprise you, but Neon wasn’t discovered by accident like many other elements were. It was searched out by two scientists; William Ramsay and Morris Travers (Ramsay had already discovered other elements).

It was in the year of 1898 when these two brilliant men had a thought. They pondered the possibility of another gas sitting between helium and argon on the periodic table. But what was this hidden element and how could they locate it? Since they already had success finding the other gases in different materials, they knew their mystery gas must be hidden in something, too. So they got busy testing a variety of substances.

They tried and failed at many attempts, then Ramsay had an idea. Perhaps the element was hidden in one they had already discovered. Taking a sample of argon, he froze it using liquid air. He then slowly evaporated the argon and collected the gas that came off it. After that, he zapped it with high voltage and, tadah, neon was born.

Where is Neon Found?

As mentioned before, Neon is only found in trace amounts in the Earth’s crust and in Earth’s atmosphere. The biggest source of Neon is found in the universe, particularly in the stars. It is produced through a process known as the, alpha process. This is when helium and oxygen are fused together.

What is Neon Used For?

You may be surprised to learn all the uses of this important element. Check out the things Neon is used for;

What’s All the Glow About? Neon Signs

Neon signs first came to be in 1902. A French engineer (Georges Claude) applied electricity to neon in a sealed tube. The result was brilliant glowing!

Today, Neon signs are designed by bending heated glass into shapes and letters. The gas is then pumped into them, sealed off and heated. Once the chemical reactions take place, the Neon light is brought to glowing life. What would Las Vegas be without its Neon lights? Pretty dull, I’d say…

The Fun Facts About Neon ~ Did You Know…

Try This ~ A Fun Experiment With Neon

It’s always fun to see chemicals at work, so try this easy experiment to see how Neon glow sticks react to temperature changes.

First, make sure your glow sticks are all at room temperature. Place some ice water in one cup and some hot water in another cup (not boiling water. but around 50 degrees Celsius or 120 degrees Fahrenheit). Now “snap” and shake two glow sticks and note the temperature (by hand) on each stick. Now place one in the cold water and one in the hot water.

How is the color affected by each temperature change? Does one glow brighter? Look closely at the glow stick in the hot water. Have you noticed tiny bubbles forming at the top of the stick?

To take this experiment a step further, remove the stick from the cold water and place it in the hot water and place the hot one into the cold water. Observe and note any changes you see between all three glow sticks. When you are finished remove the glow sticks and allow them to come back to room temperature. Note how long it takes and how the color is affected. Now that you have learned all about neon and how important it is, go out and impress your friends and family with these fun facts. They may just believe you are all aglow with brilliance and an illuminating fact-collector.