You might think of muscles as those in the arms and legs that allow an athlete to perform well, but we have hundreds of muscles throughout our body and we use them without thinking about it. 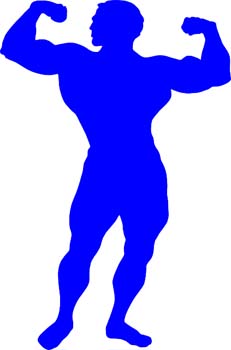 Muscles are soft tissues within the bodies of animals and humans whose main purpose is to produce motion and force.

Muscles allow us physical movement such as sitting, eating and walking as well as maintaining our posture. Muscles also allow the movement of internal organs such as the movement of food through the digestive system or even the beating of our heart.

The heart is one of the muscles of the body. 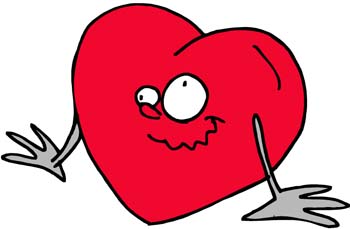 A strange thing about the word ‘muscle’. It is actually derived from the word ‘musculus’, which is a Latin term that means ‘little mouse’. It is thought that they named it that way due to the shape of the muscle when it contracts and expands, so that on the skin it appears like a mouse moving under a carpet.

Skeletal muscles, also called striated, are the voluntary muscles that control almost every intentional action that a person performs. When two bones come close to each other, they are called a ‘joint’ and tendons attach the muscles to the two bones. When one muscle contracts the opposite muscle relaxes which allows the bones to move. 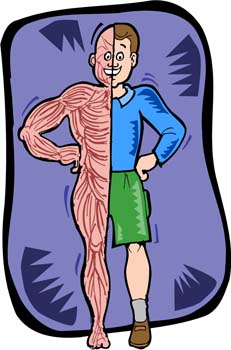 Smooth muscle is also known as visceral and these are involuntary. This means that we cannot control them with our conscious mind. They are found on body structures and walls of organs such as the stomach, bladder, intestines, esophagus, and even in the blood vessels. Smooth muscles are basically used for contractions who purpose is to move substances. An example of this might be food movement through the stomach.

Next time you smile, remember that it takes seventeen muscles in your face and only 43 muscles to frown.

The strength of a muscle is based on the amount of force that it can produce. The masseter is the muscle in the jaw and it is therefore the strongest of the body muscles.