Would you like to climb Mount Everest one day, and be an amazing adventurer?

Well read on for facts about this amazing mountain and then decide for yourself! 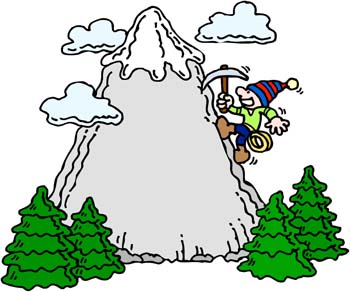 Mount Everest is the highest mountain in the world at 8848m. That’s seriously high! Think about it like this! In 2010, Dubai broke the record for both the world’s tallest building and tallest man-made structure of any kind with the Burj Khalifa at 829m high. Everest is more than ten times its height. Wow! The world’s second-highest building, Taipei 101 in Taiwan, which held the record between 2004 and 2010 at 509m, would need to be stacked on top of each other more than 17 times over to reach the peak of Everest.

Where is Mount Everest? Well, it can be found in the Himalayas mountain range on the border of Nepal and Tibet.

The height of Mount Everest was first published in 1856. It was then known as Peak XV. But there is some debate as to how tall it really is!

Sir Edmund Hillary and Nepali Sherpa Tenzing Norgay were the first to successfully get to the summit of Mount Everest In 1953. There has been some debate about who really put a foot on the summit first, although this didn’t bother Sir Edmund Hillary.

There are two main climbing routes that people use. Thousands of people have climbed to the summit, but hundreds have also died, unfortunately. There can be high winds, bad weather, and altitude sickness that await you on your journey up, making it very dangerous. Do you think you could take it?

More recently the number of climbers trying to reach the summit of Mount Everest has gone up hugely. This is actually concerning not only safety but the state of the mountain and there are often lots of litter left around.

The temperature at the summit never goes above freezing, and it’s normally -36⁰C in winter and -19⁰C in summer. That’s seriously cold!

This is quite something! Every year the mountain grows taller by 4mm because of the upward push that comes from two tectonic plates.

The rock at the summit of Everest is marine limestone and was left on the seafloor around 450 million years ago! 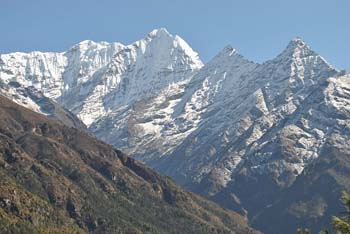 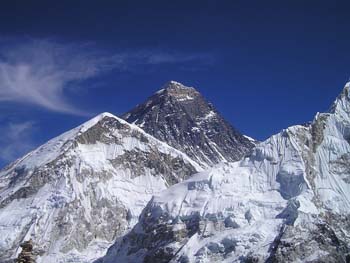 Hope you enjoyed our Mount Everest facts! So are you going to be the ultimate adventurer when you grow up?