Montenegro is a landlocked country in Europe without any access to oceans or seas. It is bordered by the countries of Serbia, Kosovo, Albania and Bosnia and Herzegovina. It is a small country, nearing the size of the state of Connecticut in the United States. The name ‘Montenegro’ is translated to be ‘black mountain’ and is named for the dark mountainous forests that cover a lot of the land. 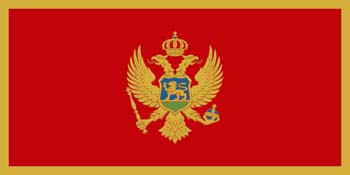 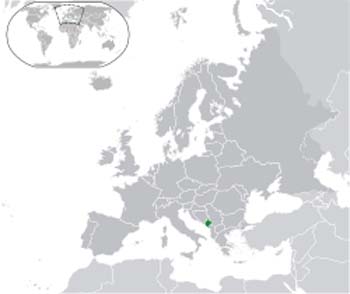 The area known as Montenegro has had many different types of civilizations from the prehistoric all the way to pre-Slavic days. Archeologists have found evidence of human settlements in the area dating as far back as 180,000 years.

The favorable climate and geographic conditions allowed people to settle in the area, and the coastal region was first settled by the Greeks, then later by the Illyrians. The interior of the country was settled by the Autariats and the Docleats. They remained during the middle of the 3rd century B.C. and eventually the population started to be reduced.

When the area came under the rule of the Romans, they were influenced by the Roman civilization.

After the Roman Empire experienced the initial division, Montenegro transferred to Byzantine rule and by the 6th and 7th centuries it was the Slavs that broke into the area and settled into the Balkans. This caused a change in the ethnic interchange and today’s Montenegrins have forefathers that came from eastern Germany.

The first recorded Slavic ruler of the area was Archon Petar in the 9th century. He was followed with as many as 27 other kings until the last created an independent state that was recognized by Byzantium.

In 1189 the state was passing from its former strength and becoming weaker. The kingdom experienced a variety of battles and wars to try to maintain their dynasty and this continued through 1421.

The Crnojevic dynasty was the third Montenegrin dynasty (1421-1496) and under pressure from neighboring countries, the territory was reduced in size. During the entire time, the area resisted conversion to the Roman Catholic religion but eventually they submitted and churches and monasteries were built.

At the end of this dynasty the influences of the territory include renaissance, humanist and cultural, mostly in the coastal regions. The balance of what was once Montenegro was now under Turkish control but the remainder of the old or original state maintained its national identity.

Varying dynasties and claims continued until, backed by Russia, the Petrovic Dynasty occurred (1851-1860). Even though short-lived, it established a military, state institutions and civic society.

The dynastic rule continued through to the Balkans War with Turkey which allowed Montenegro to liberate surrounding territories.

During World War I the country did not fight with the Great Powers and when they experienced defeat, the country went into devastation, the King fled the country and many of the people were put into slavery. Varying rulings and decrees changed the position of a number of countries and Montenegro fell to become part of Yugoslavia.

During World War II, the people of the former Montenegro rose up against the Fascist troops of Mussolini and the German Nazis. The people joined the various movements and it is said that their contributions to the war weighed greatly in the Allied victory.

By 1991, the people of Montenegro made the choice, along with Serbia, to join the new country of the Federal Republic of Yugoslavia.

By 2003, the people discarded their association with Yugoslavia and voted in a democratic country, separating the two into Serbia and Montenegro.

A 2006 vote ended with 55.5% of the Montenegrins voting to secede and become independent of Serbia.

Although a small country, Montenegro demonstrates excellence in progress and has plans to join the European Union.

Tourism brings an good economy to Montenegro as people visit and take advantage of the many ski resorts.