Moldova is a landlocked country that has been tossed around for ownership throughout the ages. Once part of Romania and then the Ukraine, it has no access to oceans or seas. It has been under communist rule and is listed as one of the poorest nations in Europe. 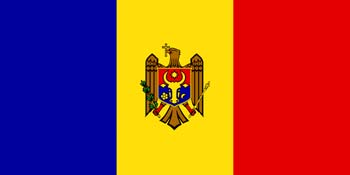 The earliest history of Moldova goes back to the 1350’s when it was called the “Principality of Moldavia”. It was the precursor to the foundation of modern Romania and Moldova and was led by Stefan Celmare, who maintained the independence of the area from 1457-1504.

During the time of Celmare, the area was attacked by Poland, Hungary and the Ottoman Empire. After his death, Moldavia eventually became a vassal of the Ottomans from the 16th century on. 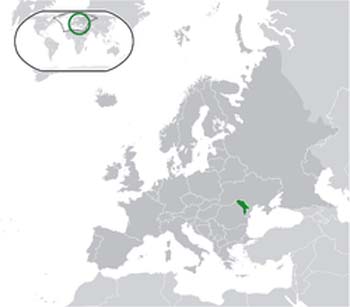 Due to the varying influences of the countries around it, Moldova had many variations in its own language include shifting from Russian to Cyrillic, written Romanian to Cyrillic and then later to Moldovan which is almost identical to the Romanian language but written with Latin alphabets.

Moldova also never really had the ability to build any significant architecture throughout its history that remained standing. The fluctuation of territory didn’t allow it to have any kind of long term government to build an infrastructure of bridges, castles or monuments as existing in other countries. There are only a few monasteries that are sprinkled throughout the area that represent any age.

The 1812 Russian-Turk wars caused the major eastern half of what was then known as Bessarabia (most of Moldova today) to become annexed by the Russian Empire.

1918 brought about some changes as Bessarabia became known as the Moldavian Democratic Republic and was then blended with Romania.

Under Soviet rule the country experienced very little benefits and had severe famines and drought. This created a baseline for rebellion by the people.

1944 through 1953 was a rough time in Moldavian history as the people developed many resistance groups that were anti-communist. The Soviet government did not stand for the unrest and arrested, deported or executed many of the members.

One of the key factors that was important was that the Soviet government was aggressive at impressing the difference between Moldavian ethnicity and Romanian. The purpose was to promote hostilities and cut any ties to Romania that might encourage revolution.

It wasn’t until 1985, under the Soviet president Mikhail Gorbachev that the Democratic Movement of Moldova was created and by 1989 it was the Popular Front of Moldova.

Beginning in 1988, many of the Soviet Republics were moving towards independence and this included Moldova as well. The 1987 ‘Great National Assembly’ was organized, which was a mass demonstration again the Soviet Republic authorities. The requirements was to allow written Moldovan language (in Latin) as the state language and set specific demarcation lines between the new Moldovans and any existing Soviet Union loyalties.

The results of the demonstration allowed the first general elections to be held to establish an independent parliament which eventually created the “Declaration of Sovereignty of the Soviet Socialist Republic of Moldova”.

In 1991 independence for Moldova was declared as well as the establishment of its national language.