How Men and Women See Things

You may have heard people talking and making statements that men and women see and remember things differently from each other. Some have said that women have a tendency to remember more details while men might remember a circumstance. Gender differences is very contradictory and specialists seem to think that memory based on what people see is based on the actual person, rather than there gender. 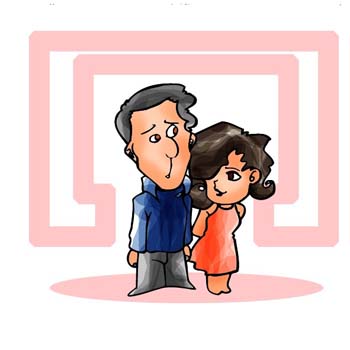 In early history, it was believed that men were better as eye witnesses because they could recall more details than women. It was this theory that led many police investigations to place more value on what men reported than women.

There have been a number of scientific studies to try to prove that men and women recall things differently. Some experiments showed both men and women a video that involved both violent and non-violent situations. While none of the groups remembered many of the details, women seemed to remember more of the non-violent videos and men remembered more details in the violent videos.

In other studies, groups of men and women were shown a video of a robbery and were then brought back in a few weeks later to tell what they had seen. In this study, women seemed to recall more details than men.

Another interesting study showed men and women a group of slides that told the story of a man stealing a woman’s purse. The group was given a break and then asked to fill out questionnaires on the details of what they saw. Women seemed to be able to recall colors of clothes and actions, whereas the men had more details on the male robber and the surroundings of the robbery. 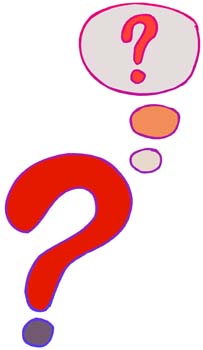 Other, more detailed experiments have been conducted with all kinds of variations and changes to test the recall abilities of both men and women. These studies showed that there weren’t any real differences in how men and women recalled details. The variations included changing the gender of the victim and altering colors and backgrounds.

In many of the studies, both men and women seemed to be confident in their answers, leading scientists to discover that both genders felt that they honestly observed everything correctly.

Do you think men and women see and recall things in different ways? Would you be interested in trying an experiment to prove your theory? If so, download the worksheet and see if you are right. 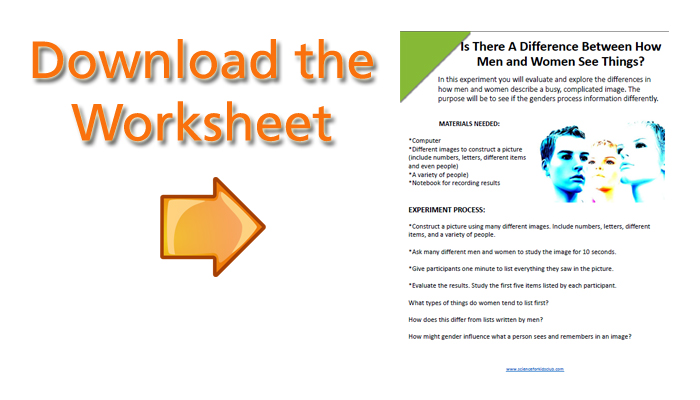