The Lowdown on Mars 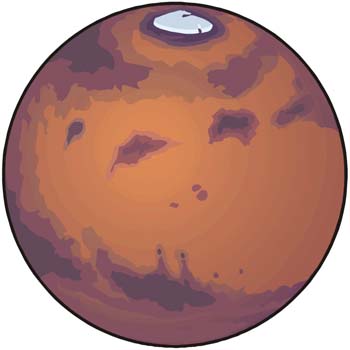 At first the only way to learn a bit more about Mars was to have satellites roaming around in the solar system taking loads of pictures. Then they sent spacecraft out into orbit to explore a bit more. But things have changed. It has now been explored by some Mars Rovers, which are like robots. Some of these missions worked out well, and others didn’t. These seriously clever robots get samples and pull together all sorts of information for scientists to study back on Earth. 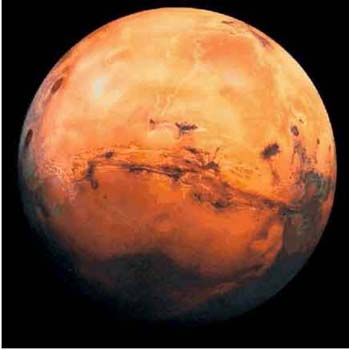 This is not the place for a winter holiday, that’s for sure.

Mars has channels, plains and canyons all over the surface. Scientists think that this was probably caused by water erosion in the past, which means that parts of the surface have been worn away.

Pieces of Mars have actually fallen to Earth! Scientists have found tiny traces of Martian Atmosphere, which is what the Mars atmosphere is called, in meteors that were sent hurtling out into the big, wide solar system. They would then orbit around the Earth for millions of years and then make a crash landing where we call home.

The Red Planet is really interesting, and you should be all clued-up now on all things Mars. Do you think we would ever be able to call this place home?