Manatees are gentle, slow moving mammals that are beloved by all that see them. Known as the ‘sea cow’ they are often grazing in and around the warmer waters, eating tasty vegetables and plants. 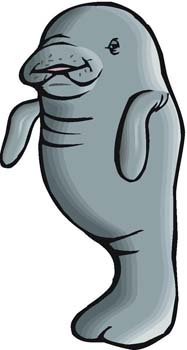 The body of the manatee is described as ‘egg-shaped’ and they have large wide tails that are very strong. 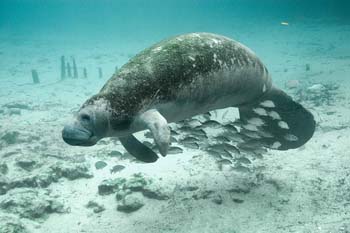 Winter can cause the waters to be cold and manatees will search for areas that have the warmest water, even if it means traveling close to electric plants that produce warm fresh water as a byproduct. 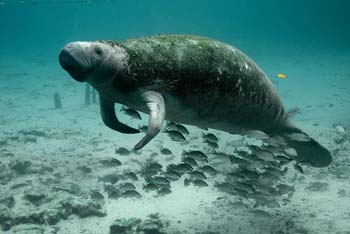 Manatees prefer the fresh grasses along the coasts and are often found in groups grazing in the same way you would see cows eat.

The oldest manatee in captivity is “Snooty”. He lives at the Parker Manatee Aquarium in Bradenton, Florida. He was born July 21, 1948 and that makes him over 65 years old. He is part of the program in the area that helps injured and abandoned manatees recuperate and get returned to the wild. As the ‘mascot’ for manatees, Snooty is the ambassador around the world, helping students learn about manatees.