The island of Malta has been a prize location for many cultures as it is in the middle of the Mediterranean Sea, which was the main cross-roads for warring countries as well as a trade route for many of those countries that were land-locked (no access to oceans or seas). It is midway between Alexandria, Sicily, Gibraltar and North Africa. 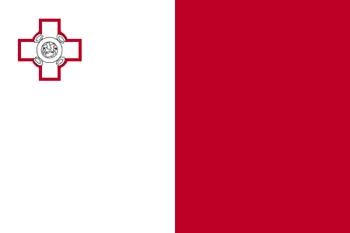 Maltese history goes back to around 4,500 B.C. when people from neighboring countries such as Sicily, settled on the island, cultivating agriculture and raising animals.

Nearing 3,500 B.C., the people started building huge buildings that are unlike anything found anywhere on earth. The 15 megalithic structures are spread out across the island and predate other building structures such as Stonehenge, by 1000 years. Around 1800 B.C. the civilization stopped for no known reason.

From 1200 B.C. to 395 A.D., various cultures invaded and took over the island, eventually leading to it becoming part of the Roman Empire.

When St. Paul became shipwrecked on Malta, he spread the word of Christianity and the people of the island converted to the new religion in 58 A.D.

This is followed by what is called the ‘dark period’ in the history of Malta, from 395-535 A.D. where no records exist as to the status of Malta. It is believed that Malta experienced the same failure as all of the other countries under Roman rule when the Roman Empire fell and it may have been absorbed as part of the Byzantine Empire.

This period of time is followed by the invasion of the Arabs in in 870 A.D. and this culture took over for a lengthy period until the Normans invaded in 1090 A.D. The Arabs had great influence over the culture of the island as the Maltese language itself is a derivative of Arabic.

When the Normans took over Malta, they also brought Christianity back to the island, eventually expelling the Muslims. It is said that they assisted in giving Malta back an identity, including a flag and brought European influence to the island.

Malta was governed by whatever countries were in power within the Christian and Roman Catholic rule. These changed over the years, depending upon who won wars and therefore Malta bounced around in ownership, including Spain.

Taxation and overcharging in 1412 led to the loss of the island and by 1426 a revolution on the island allowed the people to buy-back their island and become a more independent entity.

In 1530, Pope Clement VIII granted the islands of Malta, Tripoli and Gozo as the centers for the homeless orders of St. John. However, the Turks still had their eyes on the prized islands and they attacked the islands in a variety of wars causing many deaths on all sides.

The ever present possibility of attacks by the Turks allowed the Christian powers to reinforce the island, especially in the city of Valletta, where they created impregnable fortresses along with palaces and grand homes. This elevated the island’s ability to continue to be a center for trade.

The changing powers in Europe, including the French Revolution, always affected the success of Malta and they quickly became a territory of France. Later, the British arrived to save them from their plight and the Maltese people requested that the British remain and the island became part of the British Empire.

The Crimean War (1854-1856) allowed Malta to thrive as a main ocean gateway. This continued until the outbreak of World War I and eventually World War II, when the people of the island realized that their dependence on Britain was a detriment. This led to post-World War II decentralization of many of the former British territories, including Malta.

In 1964 the people of Malta requested independence and they became a sovereign nation within the Commonwealth.

It took ten years, but Malta finally changed their constitution in 1974 and by 1979 the island had at last achieved their goal to be completely independent without any interference from outside countries.

Malta joined the United Nations and is considered an independent nation.

Malta continues in its history in the ship building and repair industry as well as electronics. It is highly visited by tourists and this brings a lot of revenue to the island.

Agriculture includes cauliflower wheat, potatoes, grapes and the raising of pigs for pork.